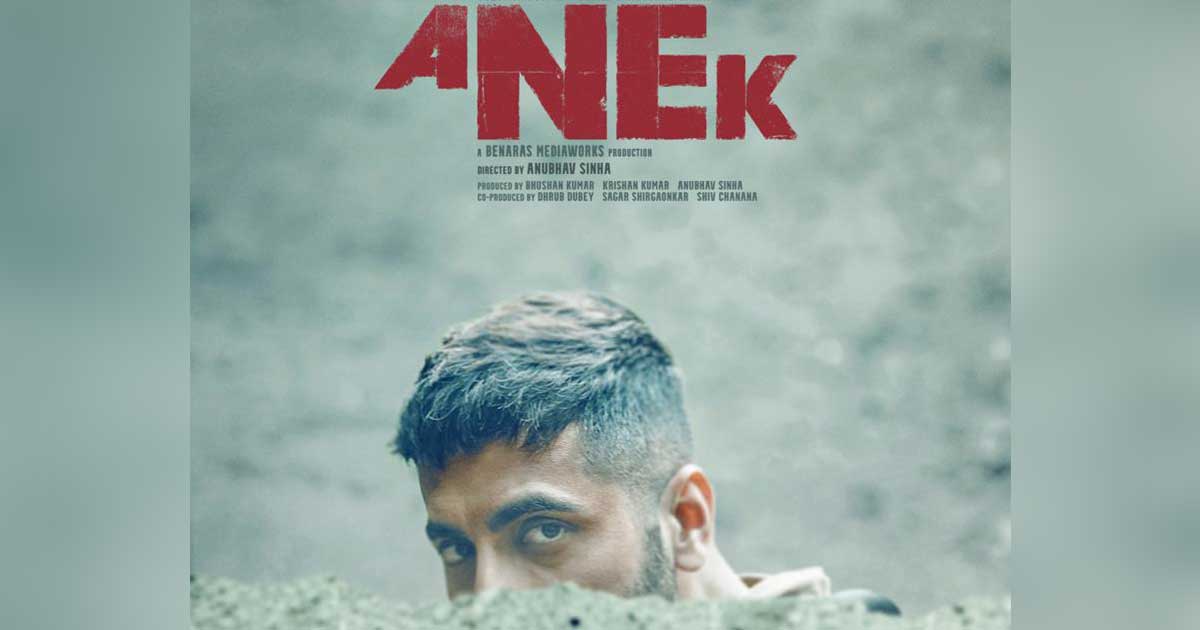 Anek Box Office Day 2 (Early Trends): Anubhav Sinha’s directorial starring Ayushmann Khurrana and Andrea Kevichusa, which was released this Friday, had an underwhelming performance at the box office. The film opened with much admiration from the audience but it did not translate into box office numbers.

It seems mixed response from the audience and the critics has affected the film’s performance at the box office. A lot of expectation was associated with the film as it was headlined by Ayushmann and directed by ace filmmaker Anubhav. The two previously joined hands-on 2019 film Article 15.

Several trade analysts are of the opinion that the film is on a downward spiral and may even meet a disastrous fate much like Kangana Ranaut’s Dhaakad. As per the latest trade reports coming in, Anek is likely to rake up Rs 1.40 to 2 crores* on day 2.

As for the opening day collection of Ayushmann Khurrana’s film, it was less than what his previous releases- Chandigarh Kare Aashiqui’s box office collection on day 1 which was 3.75 crores* and around Rs 14 crores at 1st weekend. His 2019 film Article 15 had a better collection on opening day-Rs 5.02 crores- than Anubhav Sinha’s directorial Anek.

Anubhav Sinha’s film Anek is facing hurdles at the box office as Kartik Aaryan’s Bhool Bhulaiyaa 2 is still going strong even after a week. The film is also locking horns with the Hollywood big-budget film Top Gun: Maverick released this week.