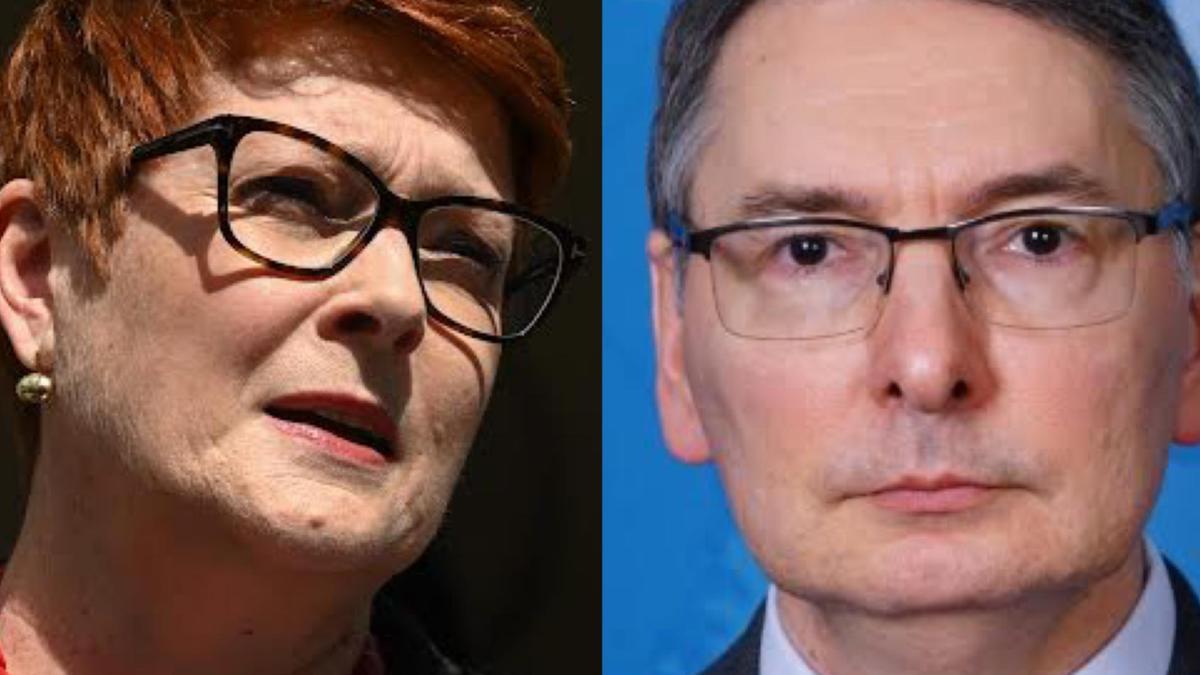 Russia’s ambassador will remain in Canberra for the time being despite allegations war crimes are being committed against Ukrainian civilians.

Senator Payne said it was “potentially useful to have direct lines of communication with … the Russian government”.

“That does not mean the government has excluded that option. Other countries have asked Russian diplomats to leave their countries, not in every case their ambassador,” she told ABC Radio.

“They may be diplomats who have been expelled for ‘undertaking activities not consistent with their diplomatic status’. That means something entirely different from expelling ambassadors.

“We’re working with partners to determine the best approaches.”

Senator Payne said Australia had engaged with the Russian ambassador and diplomats to convey “appropriate messages”.

She said similarly messages were being conveyed to China and other authoritarian regimes.

“It’s a lesson to all authoritarian regimes to pay very close attention (to what is happening),” Senator Payne said.

“There is a cost of unilateral actions such as this. In this case, the illegal invasion of a country like Ukraine is a complete breach of the UN charter and is in wholesale breach of international law.

“The cost that the international community is prepared to extract, and we are demonstrating that now, is a real cost. There is strong support across the globe for rule-based order, for the rule of law, for international humanitarian law and international law itself.

“And I would say that any authoritarian country, regime or state, would be looking at this very closely.”

She said her meeting with the Chinese ambassador two weeks ago was not a sign that diplomatic tensions are easing.

“It should not be read as an indication that Australia would in any way, shape or for, compromise the principles that underpin our national interests of our national security,” she said.

“We have consistently made it clear we want constructive relations, but we’re not prepared to compromise on our national interests.”

Meanwhile, Australia is now considering Russia’s actions in Ukraine to be in breach of international anti-war crime conventions, given the increasing number of innocent civilians caught up in the rising casualties.

“The intentional targeting of civilians is a war crime,” Senator Payne said.