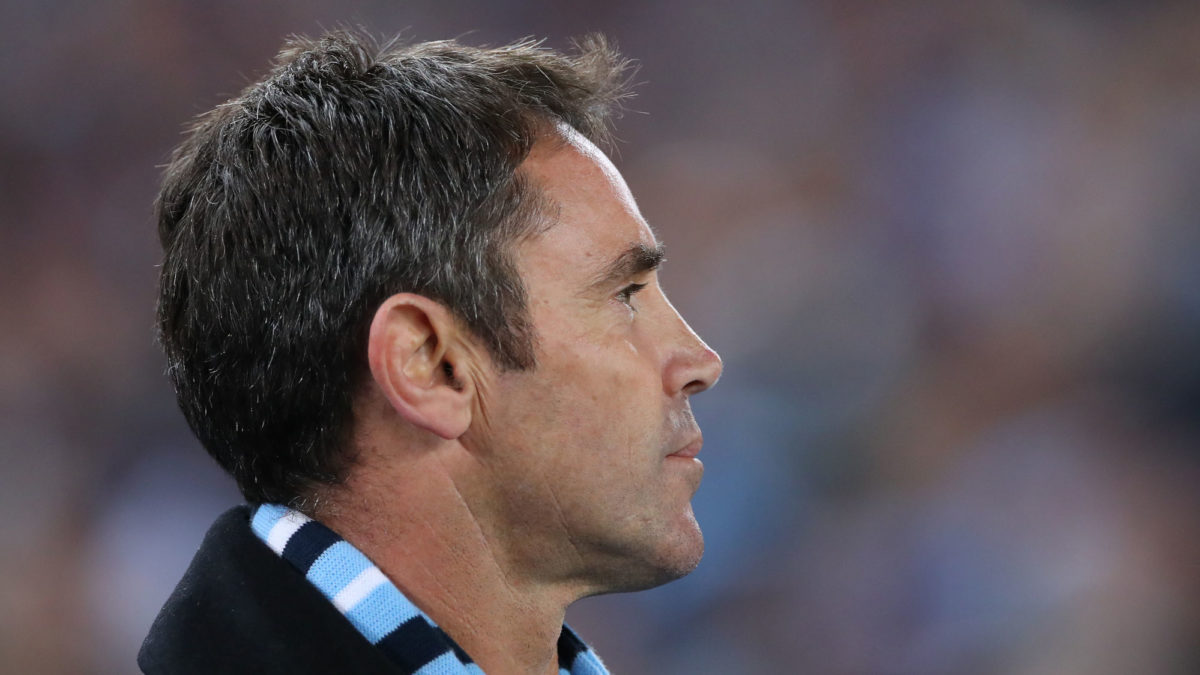 In case you haven’t noticed, State of Origin is almost upon us. That means we have to start paying a lot of attention to things like ‘form’ and ‘smokeys’ as if we were 50-year-olds sat in the back of a pub on a Wednesday afternoon, nose in the paper and tiny pen in hand.

State of Origin represents a strange beast for those of us who think that rugby league is a game of systems and tactics, which can be analysed using stats, because almost none of the conversation around who should get picked really refers to them.

Origin is unique, because it is essentially a meaningless all-star game, a sideshow bagatelle, but also the most important game on the calendar, especially in terms of national audiences when no international games have been taking place.

For those of us who sit through press conferences with coaches, we have to listen to them get asked constantly about whether X player would be suited to the Origin arena, all the while knowing deep down that a) those coaches would rather their players play exclusively for them and b) the coach tends to pick last year’s Origin team largely independent of current form.

For all that we discuss ‘smokeys’ and ‘bolters’, realistically the Origin coaches only chance 10% of the squad year-on-year, unless there’s a massive raft of injuries or one side gets whacked.

There’s been a lot of that this year. NSW are missing their frontline centres (who aren’t centres anyway, but whatever) and will have to replace them, while Queensland have a much weaker squad and therefore more spots open.

With that in mind, I had a look through the bit set o’ stats to see who the numbers actually say should be picked for this year’s series: with some surprising results.

Selwyn Cobbo should be nowhere near this team – for now

OK, so the first selection ‘dilemma’ is about the emergence of Brisbane Broncos winger Selwyn Cobbo and whether he is now ready for the Origin arena. The short answer is: if you take a sample size of the last three weeks, maybe, if you take longer, no.

We love talking about form, but really, this one is less about form than it is about a huge recency bias. If we assume that Origin is a defence-first, attritional style of football, then Cobbo would be a horrendous pick, at least at the moment.

He averages 125m running – Murray Taulagi, his direct rival, is on 123m – but that’s largely helped by having recorded 200m in the last three games. Prior to that, he managed over 100m just twice all year, or 20% of the time.

His last three games are also the first three in which he has not recorded an error – previously he averaged three per match, which is obviously quite bad.

Actually, in the core stats for Origin-level wingers, Cobbo isn’t even the best option from the Broncos, because Corey Oates is better in pretty much every category and comes with the benefit of already having played Origin for three years.

The debate has been Cobbo v Taulagi, and the Cowboys winger wins out the numbers battle easily.

He has steadily tracked upwards to average 123m this season, roughly the same as Cobbo, but has only once gone below 100m while averaging far fewer errors over a much larger sample size, implying consistency week-to-week,

He also plays with the bloke inside him, Valentine Holmes, every week, with all the cohesion value that brings. Cobbo might be the man for the future – but he certainly isn’t for now.

Reece Walsh should get a run before Kalyn Ponga

Our second Queensland question comes to their fullback, which is a straight shootout between two players in rubbish teams that are trying to do the best that they can within the situation.

The pair are quite comparable, because neither play for good teams and both play similar roles within that team as a primary creative force from the back.

On the defensive side, Ponga is more secure, though that doesn’t say much in that both are very bad. For set starts, for example, Jayden Campbell would be the best option Queensland have, albeit off a smaller sample size, but NSW could pick five fullbacks who would be better.

Ponga has runs on the board given his outstanding Origin breakthrough in 2018, but has only managed four games from a potential 12 since his debut. He’s got some continuity value, but not much.

Walsh is younger and has the benefit that his stats come off far fewer possessions total – he gets the ball nine fewer occasions per game than Ponga – implying that he is far more efficient at creating attacking productivity.

RCG has to play and Jurbo has to go

For the Blues, you could pick 1-7 almost immediately given the strength of the backline and the injuries that see two walk-up starters in Tom Trbojevic and Latrell Mitchell ruled out. Stephen Crichton and Kotoni Staggs are the clear next men up.

In the forwards, however, things could be very different. Several starters from 2021, notably Jake Trbojevic and Tariq Sims, have not been in form and Cameron Murray is under an injury cloud.

The middle forward rotation poses a headscratcher for coach Brad Fittler. Jake Trbojevic has featured as a front row, lock and interchange forward in his 13 Origin games so far, but it is hard to see a justification for including him on current form.

Jurbo is one of the game’s great defenders, but Fittler would be picking him essentially as a specialist defender at this stage: Isaah Yeo will operate in the ball-playing position that Jake plays for Manly, and if he doesn’t do that, there’s no point having him there.

If you’re not picking Jake as a lock, you’re picking him as a prop, and he’s far from the best option there. Unless the plan is for him to make 50 tackles and never touch the football, then someone else has to be found.

So who do you bring in? Well, for the middle option, it’s easy. Reagan Campbell-Gillard should be in.

RCG is one of the top five props in the league for metres gained, but also for runs over 8m – the benchmark for a strong carry – and one player hit-ups, the standard for tough carries.

There is one other clear standout, though he won’t get picked: David Klemmer. The Newcastle prop actually outperforms RCG on most metrics while presenting an otherwise similar statistical profile.

Klemmer fell out with Fittler in 2019, however, and hasn’t been considered since. If numbers picked the team, he would walk into it.

The back row is far from cut and dried for the Blues. Cam Murray is injured, at least for game one, while Angus Crichton and Tariq Sims are in poor form.

Crichton just about gets a pass because he plays big minutes and tackles everything that moves, managing 30 on average per game with just one miss.

Sims is in a similar boat to Jake Trbojevic. In 2022, he doesn’t make many metres, break many tackles or offload the ball. The Dragons are a weak team and Sims doesn’t stand out, statistically speaking at least.

In terms of an edge player, the case is a bit more complicated. Assuming Angus Crichton is picked, there is a strong case for Keaon Koloamatangi and Ryan Matterson for the other spot.

Matterson leads the comp in running metres for back-rowers while both are right up there for 8m+ runs, tackle breaks and metres per run. Matterson is also superb for offloads and Koloamatangi scoring well for line breaks.

The pair profile quite similarly in defence – the only area Sims is also equal to them – but offer far more on the offensive side of the game than the Dragons man.

There’s also a decent case for Tyson Frizell, who hasn’t featured for the Blues since 2020, to be recalled to the side.

Frizell is defensively the equal to Crichton – much better than the average back-rower – and ahead of him for tackle breaks. If Fittler decided he wanted experience, he could do a lot worse.