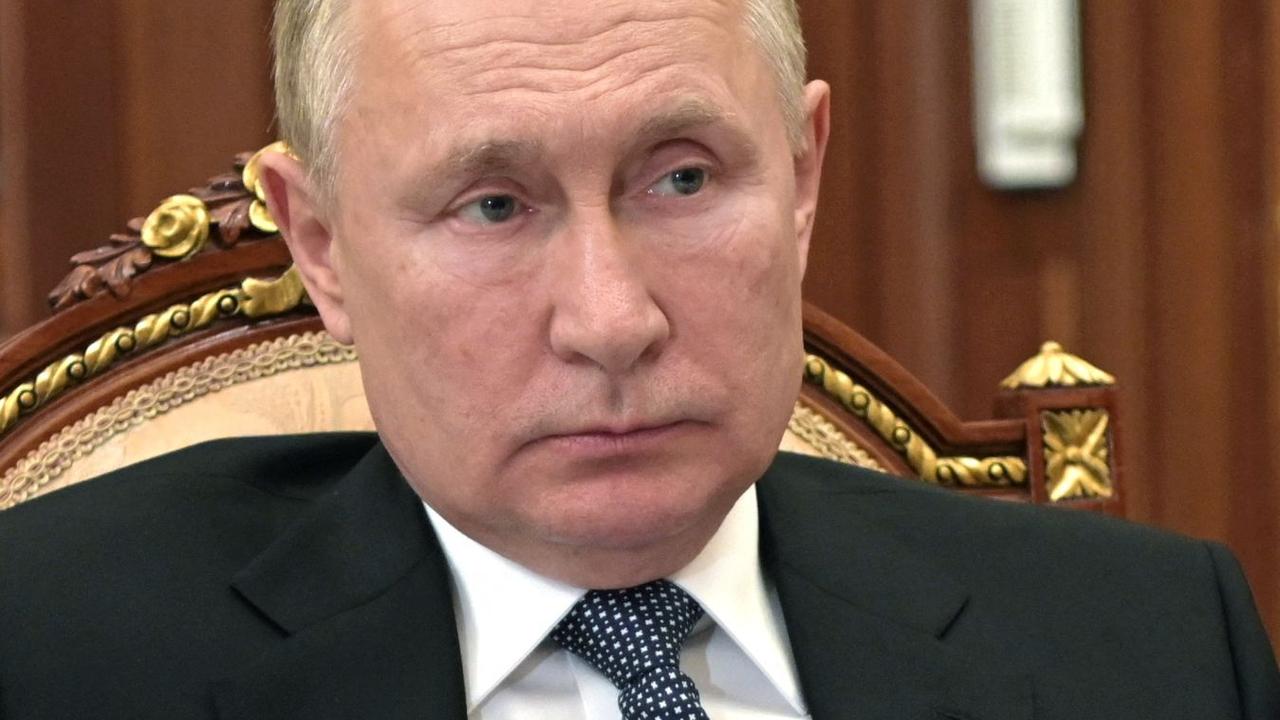 Russian president Vladimir Putin’s back is “against the wall” and is using specific increasing attacks in an act of “frustration”, officials say.

Russian president Vladimir Putin’s back is “against the wall” and has been forced to stall his forces on the ground, using increasing attacks from the air in an act of “frustration”, officials and western military analysts say.

Ukraine’s military warned residents on Tuesday to brace for more shelling while US President Joe Biden issued a grim statement that Putin is seriously considering chemical weapons in a desperate attempt to regain control. Ukraine has backed this warning and told residents to be prepared for “high-precision weapons and indiscriminate munitions”.

Former NATO director of policy planning Fabrice Pothier told ABC Radio National Drive that Putin has changed his plan from “decapitating the Ukrainian government” to “resorting to the old, ugly kind of warfare of flattening entire cities and this is what you are seeing in Mariupol”.

Russia has already claimed to have used hypersonic missiles that Putin has described as an “ideal weapon”. It moves faster than conventional missiles and can manoeuvre after being fired, making it harder for defence systems to track.

President Biden appeared to confirm the comment today: “You’ll notice Russia just launched the hypersonic missile, because it’s the only thing they can get through with absolute certainty,” Mr Biden said.

Russia has failed to take any major Ukrainian cities in its ground attacks after 26 days and British forces said last week the campaign “has largely stalled on all fronts”.

Yet the besieged post city of Mariupol, which has been a key target for Russia and endured the brunt of Russian bombardment in recent weeks, has been decimated. Bodies are strewn across the streets and the UN calls it “extremely dire”, calling to allow assistance to those stuck.

Russia has also made some gains in the port city of Berdyansk in the southeast and Curzon and attacks were also reported to have intensified in Kharkiv, in northeast Ukraine, on Monday. It says it never targets civilians or residential buildings but the devastation tells a different story.

It has remained confident, but a leak by a pro-Kremlin newspaper published what is believed to be the true death toll from the attacks.

More than 9,800 Russian troops have been killed and more than 16,000 wounded since the invasion began on Feb. 24, a stark contrast to Russia’s claim of 498 deaths, Komsomolskaya Pravda reported.

The data was released by the Russian Defence Ministry and published on the site but then quickly erased but the Washington Post secured screengrabs.

Ukraine has warned more destruction is coming as Putin shifts his plan, using air strikes, long-range missiles, and artillery to cause devastation on infrastructure.

President Biden said Putin’s “back is against the wall” and said the use of the hypersonic missile is because “except it’s almost impossible to stop it”.

Pentagon Press Secretary John Kirby said today that because Russia is failing to meet its objectives almost a month into the war, it is resorting to missiles and other weapons due to sheer frustration.

“We’re on day 26, the Russians have clearly not achieved many, or almost all of the objectives that they – that we believe they were setting out to achieve,” he said.

“They wanted to get after population centres so that they could take control of key ports, key cities, key government institutions, and supplant the Government of Ukraine with one more friendly to Russia. And then, basically, over time, erase the sovereignty of Ukraine. When you look at what they’ve managed to do in 26 days, it’s not that impressive.”

Kirby warned Russia had made some gains, in the cities of Berdyansk, Curzon and Mariupol, but said Ukrainians were still fighting hard.

“We believe that they’re (Russia) in control of Curzon. But even in Curzon, over the course of the last 48 hours though the Ukrainians launched the counter-attack to go after them.

“And we know they moved up that coast towards Mariupol. So, we assess that they’re in control of a town called Berdyansk, but Mariupol hasn’t fallen.

“And the Ukrainians are fighting, as you all have seen very, very easily for yourselves, how bravely they’re fighting to defend that city, that very key port city.

“So, I think what we’re seeing here is the Russians have been flummoxed. They’ve been frustrated. They have failed to achieve a lot of their objectives on the ground. And because they are essentially still stalled outside Kyiv, outside Kharkiv, outside Chernihiv, and so many other places that they are stepping up there, what we in the Pentagon here call Long Range fires — bombardment from afar.”

The Ukrainian government has said more than 8000 people were evacuated from conflict zones on Monday alone as the war enters its 27th day.

Of that number, 3,000 fled from the besieged city of Mariupol as Russian troops continue to close in.

“I have witnessed many difficult things since this conflict began. I saw tens of thousands of refugees and around 90 per cent of them were women and children,” spokesperson for the UN refugee agency (UNHCR) in Germany, told UN News.

“Their tales are very similar, of being woken up by the sounds of bombs and grenades, grabbing some belongings like their passports, maybe a little money, or a plush animal for the children.”

More than 3.1 million people in total have fled Ukraine over the past three weeks, the United Nations Refugee Agency said.

“Around 13 million people have been affected in the areas hardest hit by the war within Ukraine and are in need of humanitarian and protection assistance,” a statement said.

“Many people remain trapped in areas of escalating conflict and, with essential services disrupted, are unable to meet their basic needs including food, water and medicines.

“Humanitarian reports received from those areas are horrifying, and we continue to call for the protection of civilians and civilian infrastructure, respect for international humanitarian law, and appeal to neighbouring countries to continue keeping their borders open to those fleeing in search of safety.”