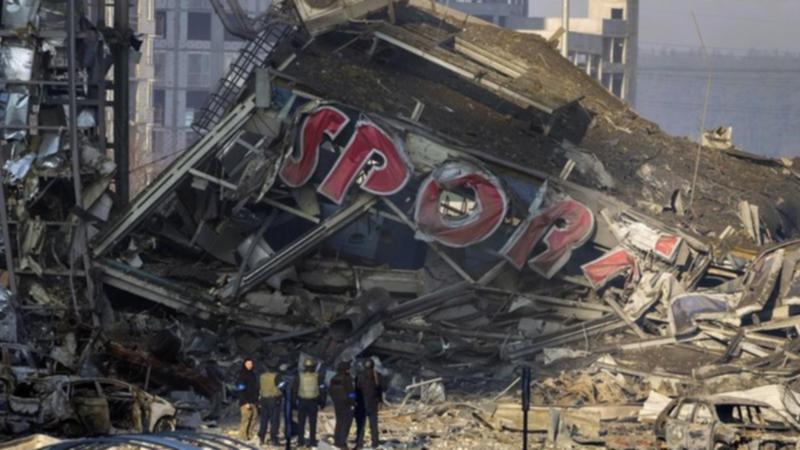 Ukraine has defied Russia’s demand for soldiers to lay down arms in Mariupol, where civilians are besieged in a city being laid to waste by bombardment.

Russia’s almost month-old assault on Ukraine has stalled along most fronts, failing to seize any major city or topple the government.

But shelling and missiles are causing devastation.

* Russian artillery continues to pound the eastern cities of Kharkhiv, Sumy and Chernihiv.

* But the focal point is Mariupol, a strategically important southern port. There, horror and bewilderment stalk the devastated, Russian-besieged city, where some bury neighbours in roadside graves.

* Nearly 6.5 million people have been uprooted from homes, the United Nations says. More than 8000 people were evacuated on Monday alone.

* The European Union cannot agree on whether or how to slap sanctions on Russia’s lucrative energy sector. Germany says the bloc is too dependent on Russian oil for that.

* Peace talks resumed but there is no sign of significant progress.

* The UN General Assembly is expected to vote again this week on a motion criticising Russia for the humanitarian crisis in Ukraine.

* “It is a senseless massacre where every day slaughters and atrocities are being repeated,” Pope Francis said.

* “Everything is destroyed. Where can we go?” asked librarian Irina Chernenko in a dark cellar in Mariupol packed with families for 11 days.