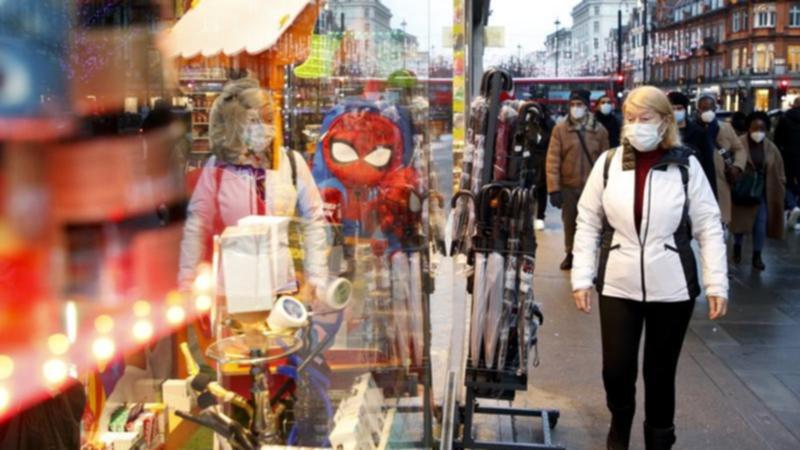 A record has been set for the daily number of COVID-19 cases, as all four United Kingdom nations reported their figures for the first time since Christmas Eve.

The government said a further 183,037 lab-confirmed cases had been recorded in the UK as of 9am on Wednesday.

But the 138,287 figure for England was also the highest recorded.

It comes as Boris Johnson’s government is scrambling to secure supplies of tests.

Ministers acknowledged a worldwide supply issue is hitting the UK, as people again struggled to get tests through pharmacies or delivered to their home..

Officials acknowledged that during periods of exceptional demand there could be “temporary pauses” in ordering or receiving tests, in an attempt to manage distribution across the system.

The reduced postal system over Christmas has also added to the issues.

In Scotland, First Minister Nicola Sturgeon said testing will be prioritised for essential workers as sampling processing capacity is “under pressure”.

The UK Health Security Agency (UKHSA) is understood to temporarily pause the booking portal to limit the flow of tests into laboratories when there is “exceptionally high demand”.

Separate figures published by the Office for National Statistics show there have been 173,000 deaths registered in the UK where COVID-19 was mentioned on the death certificate.

A total of 10,462 people were in hospital in England as of 8am on December 29, according to figures from NHS England.

This is up 48 per cent from a week earlier and is the highest number since March 1.

During the second wave of coronavirus, the number peaked at 34,336 on January 18.

Meanwhile, Mr Johnson continued to drive forward the vaccination program, saying he “cannot stress too much” how important a booster shot is.

Mr Johnson said 2.4 million eligible double-jabbed people are yet to take up the offer of a booster.

He added: “I’m sorry to say this but the overwhelming majority of people who are currently ending up in intensive care in our hospitals are people who are not boosted.

“I’ve talked to doctors who say the numbers are running up to 90 per cent of people in intensive care who are not boosted.”

There are no official NHS figures on the vaccination status of people in intensive care but medics have said the vast majority are either unvaccinated or have not had all their doses.