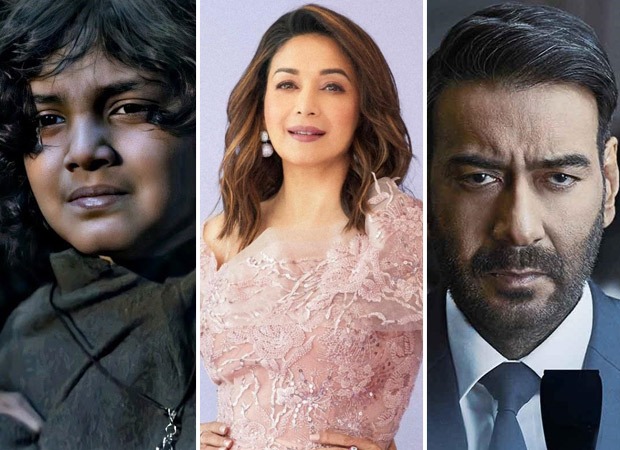 Each day a lot of things happen in the world of Bollywood. From new film announcements to celebrities being spotted with their rumoured partners, to of course social engagements, Bollywood News, and celebrations. Rounding up the rather active day in a comprehensive way, Bollywood Hungama brings to you a specialized way to catch up on the latest Bollywood news. So, Section 144 being imposed due to screenings of The Kashmir Files, Madhuri Dixit moving to a new house, Ajay Devgn talking about Runway 34 to an IAS officer requesting Vivek Agnihotri to donate the film’s earnings, here are today’s latest top trending entertainment and Bollywood news.

Trending Bollywood News: From Section 144 being imposed due to screenings of The Kashmir Files, Madhuri Dixit moving to a new house, Ajay Devgn talking about Runway 34 to an IAS officer requesting Vivek Agnihotri to donate the film’s earnings, here are today’s top trending entertainment news

The Kashmir Files: Section 144 imposed in Rajasthan’s Kota starting March 22 in view of the film’s screening
The Kashmir Files, helmed by Vivek Agnihotri and starring Anupam Kher in the lead, is making waves at the box office in India. Not just that, it has started a lot of discussions around it. From politicians to cricketers to actors, many are have had views about the film. With that being said, with the ongoing mixed reactions to the film, the Kota administration of Rajasthan has imposed Section 144 starting March 22 in view of the film’s screening. Section 144 will be in place in Kota till April 21. Read More.

Madhuri Dixit moves into her new sea-facing house in Mumbai; to pay a rent of Rs. 12 lakh per month
Madhuri Dixit Nene recently moved into a new apartment in Mumbai. The actress has shifted wither family into a sea view house and will be paying a rent of Rs. 12 lakh per month. The house is located on the 29th floor of a high-rise building in Worli and is spread over 5500 square feet. Apoorva Shroff who designed the house for the couple shared, “Honestly, I was surprised by how down to earth they were and how practical their requests were. The only constraint as such was the timeline.” See more details Here.

Ajay Devgn says he would not have made Runway 34 without Amitabh Bachchan
Ajay Devgn is all set to star in his third directorial with Runway 34, following the story of Captain Vikrant Khanna whose flight runs into turbulence which starts a mysterious turn of events. During the film’s trailer launch, Devgn revealed he might not have taken the film if Amitabh Bachchan wouldn’t have agreed to it. He said, “In this film, for Mr. Bachchan’s role, if he wouldn’t have agreed, I don’t even know if I would be able to cast (anyone else). I don’t think I would be making the film. I’ve known him ever since I was a child. I would visit his set often. Later, I went on to work with him in six films.” Continue Reading.

IAS Officer asks to donate the earnings of The Kashmir Files for the well-being of Kashmiri Pandits; Vivek Agnihotri responds
Following the success of The Kashmir Files, a tweet by MP IAS officer requesting to donate all the earnings of the film to charity is going viral. The film has collected nearly Rs. 200 crore club and is also expected to enter the Rs. 300 crore club eventually. On Sunday, an IAS officer Niyaz Khan from Madhya Pradesh praised the film and asked the makers of the film to donate the earnings of the film towards the education of children of the Kashmiri Pandits and for the construction of homes in Kashmir. The IAS officer wrote, “I would respect the film producer to transfer all earnings to the Brahmin children’s education and construction of homes for them in Kashmir.” Continue Reading.