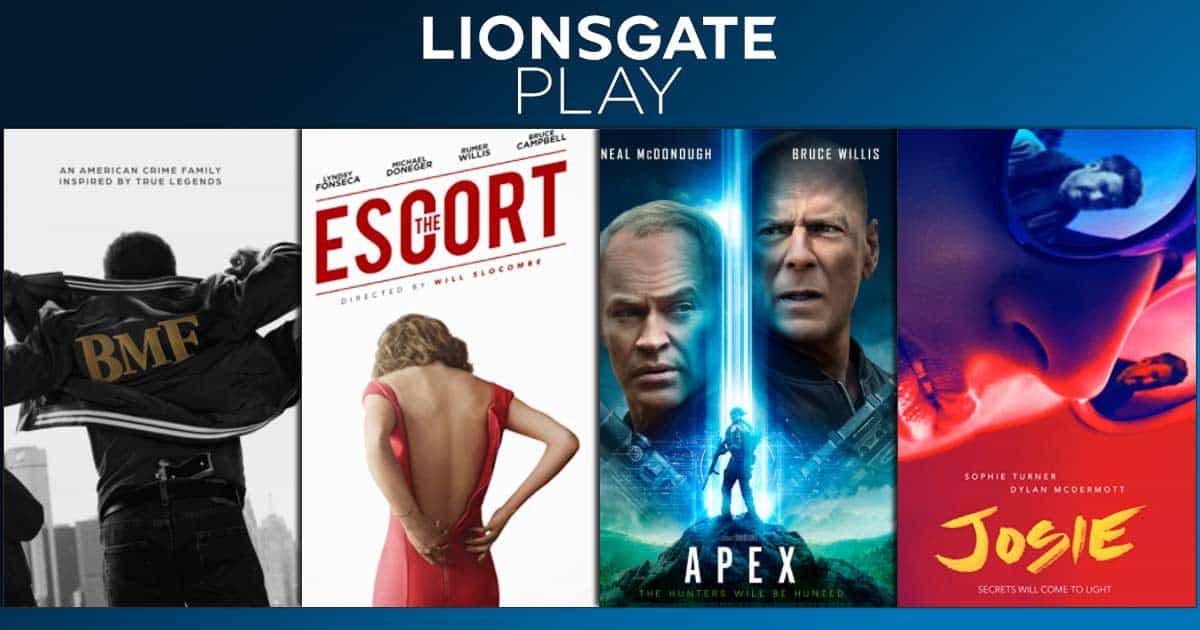 Lionsgate Play, the premium streaming service is all set to present exciting and engaging content to its viewers with their set of lineups this new year January 2022. The list includes blockbuster hit films and acclaimed series like ‘BMF’, ‘Apex’, ‘The Goes Wrong Show’, ‘Protégé’, ‘Hope’, ‘The Escort’, ‘Josie’, ‘Power’ (Season 1 -6), ‘Before We Go’ & ‘Breathe’to name a few.

BMF is a crime drama series that tells the tale of two brothers who rise from the streets of southwest Detroit. The series is set in the late 1980s and is inspired by the exploits of the Black Mafia Family, a drug and money laundering organization. BMF is engaging watching and has a rating of 7.2 on IMDB. The acclaimed series has Russell Hornsby, Demetrius Flenory Jr. Da’Vinchi & Michole Briana White in lead roles and is helmed by Randy Huggins.

The Escort is a romantic drama film starring Lyndsy Fonseca & Michael Doneger in lead roles and is helmed by Will Slocombe. The film revolves around a journalist who is addicted to sex and how he ends up meeting Natalie, a Stanford-educated escort he met by chance and how they end up falling in love.

The adventure action film has Bruce Willis & Neal McDonough in lead roles and revolves around ex-cop James Malone who is serving his life sentence for a crime he has not committed. The latter is offered freedom in return if he participates in a deadly game called Apex. Apex is directed by Edward John Drake and written by John Drake and Corey William Large.

The Goes Wrong Show is a comedy series having an IMDB rating of 8.5. Each episode of the series focuses on the Cornley Polytechnic Drama Society and how they conduct play on live television before a live studio audience. The series has Henry Shields, Henry Lewis & Jonathan Sayer in lead roles and is directed by Martin Dennis. The Goes Wrong Show is back for a new second season based on The Play That Goes Wrong, the internationally successful, award-winning Mischief Theatre brand.

Josie is a thriller drama film helmed by Eric England and is written by Anthony Ragnone. The film is centred around Hank, a recluse living his life, and how he meets a mysterious student who has been transferred from the town of Baymont. The film is full of thrills and will keep the audience hooked till the end. Josie features Sophie Turner in the titular role and has Jack Kilmer, Micah Fitzgerald, Lombardo Boyar, Daeg Faerch, Robin Bartlett, and Kurt Fuller in supporting roles.

The Protégé is an action thriller film starring Michael Keaton, Maggie Q, and Samuel L. Jackson in lead roles and is directed by Martin Campbell. The film revolves around the character Anna played by Maggie Q who is one of the best contract killers. Her mentor who also rescued her when she was a child is brutally murdered and how Anna swears to avenge her mentor’s death.

Power is a critically acclaimed series and has an IMDB rating of 8.1. The crime drama is centred around James St. Patrick (Omari Hardwick) aka Ghost a ruthless drug dealer, the series further tells how he wants to leave his criminal life and do legitimate business. One of the most-watched shows Power narrates how the lead character wants to balance his life while also safeguarding him from police capture simultaneously trying to salvage his failing marriage and his business interests.

Before we go – Before we go is a romantic drama film featuring Chris Evans & Alice Eve which features a dialogue-driven storytelling method. The film starts with Nick Vaughan (Chris Evans), a trumpet player practicing at Grand Central Terminal at late night and during the same time Brooke Dalton (Alice Eve) an art consultant closing a deal in town misses her train. The acclaimed film is also directed by Chris Evans who is the protagonist in the film too.

Hope is an espionage drama series set in the 90’s and present-day Russia. The series follows a strong female protagonist who has a secret from her past and is now living a double life with her family being completely unaware of her past. She is also a loving mother and wife and is also one of the most dangerous contract killers.

Breathe is a biographical film drama film directed by Andy Serkis. The film is based on the true love story of Robin portrayed by Andrew Garfield and Diana Cavendish played by Claire Foy an adventurous couple who do not give up on each other despite Robin becoming paralyzed from the neck down by polio at the age of 28. The film also stars Hugh Bonneville, Tom Hollander, Ed Speleers, and Dean-Charles Chapman in supporting roles and marks the directorial debut of Andy Serkis. Breathe has an IMDB rating of 7.2 and is one of the most-watched romantic films in recent times.