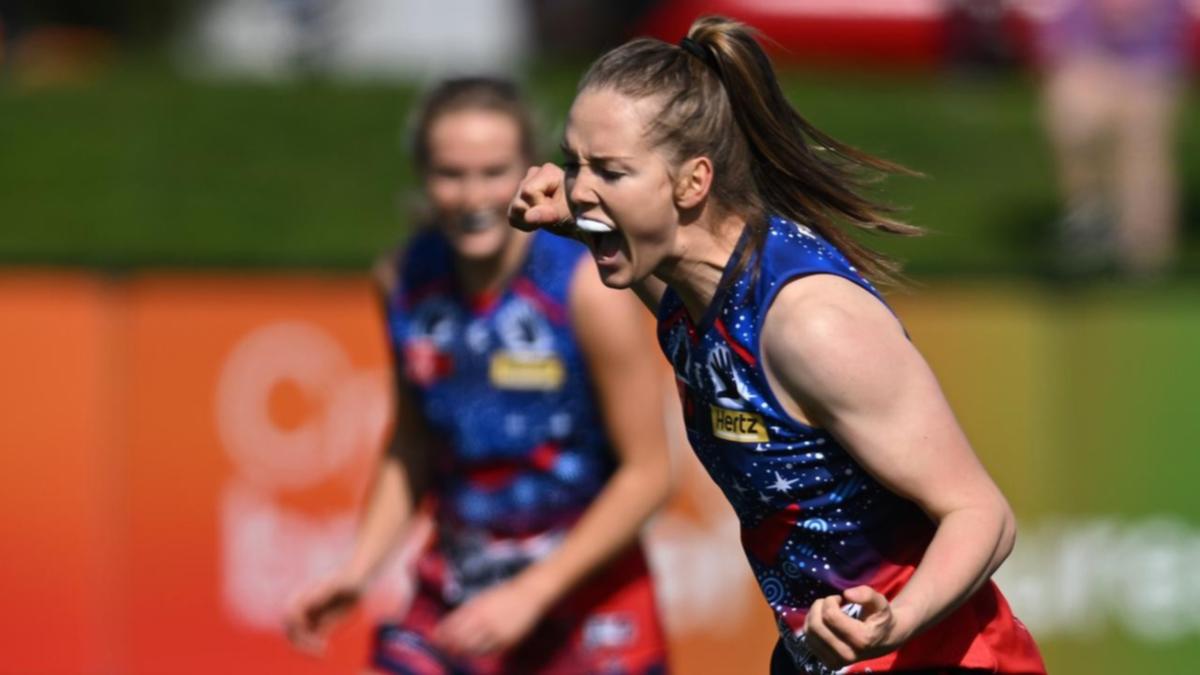 Melbourne have killed off St Kilda in the first term of their AFLW match on the way to a 26-point win.

The Demons, rebranded as Narrm for the women’s indigenous round, kicked all their goals in the opening quarter and won 6.10 (46) to 3.2 (20) on Sunday at Moorabbin.

To the Saints’ credit, they held firm after the early onslaught in their first game against a non-expansion side this season.

The win leaves the Demons with a 3-0 record, while the Saints are 2-1.

Melbourne’s Olivia Purcell had a game-high 27 disposals, equalling her AFLW best, while Eden Zanker kicked two goals for the Demons.

The Demons ran rampant in the first term, kicking 6.1 with the wind to nothing from the Saints.

When Shierlaw kicked her second goal early in the last quarter, St Kilda only trailed by 24 points.

The Saints did not hit the scoreboard until late in the second term, with a rushed behind.

Then Libby Burch gave away an obvious free to Shierlaw and she kicked their opening goal with less than two minutes left in the first half.

Melbourne opened the third term with seven inside 50s to none, but could not capitalise.

An excellent tackle from St Kilda’s Caitlin Greiser set up Jessica Matin for the only goal of the third term.