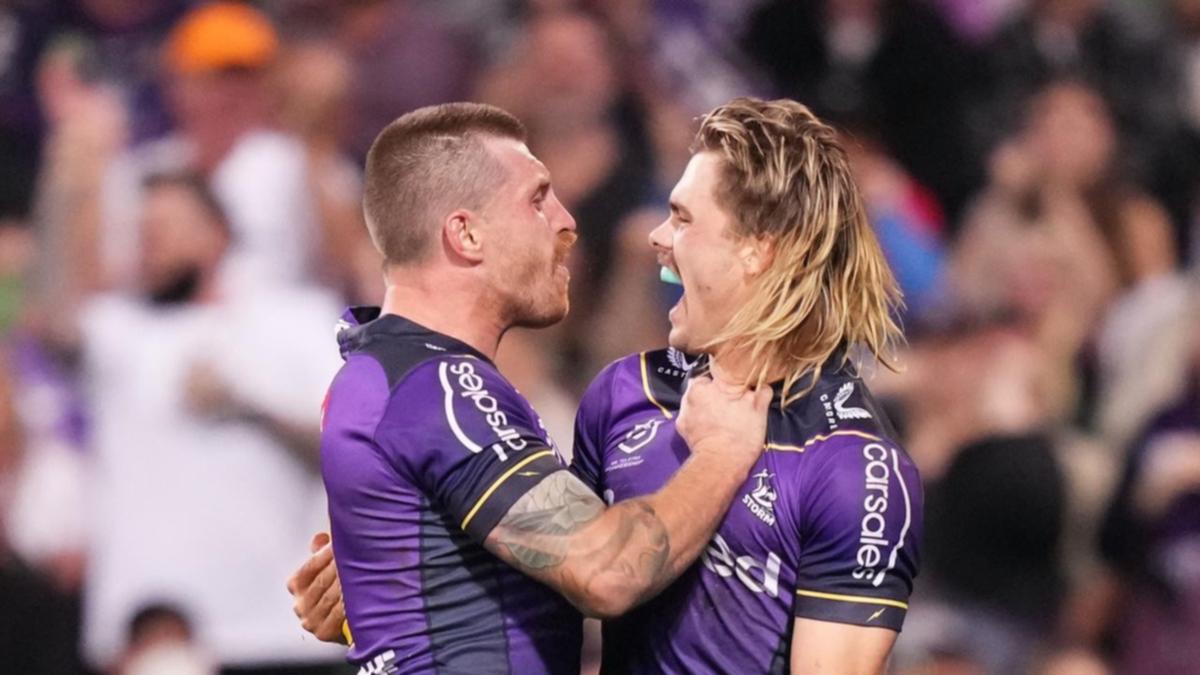 Melbourne are contemplating pulling a shock move and playing Cameron Munster at fullback for their blockbuster NRL Magic Round clash with Penrith on Saturday night.

With first-choice Ryan Papenhuyzen ruled out through injury, Storm coach Craig Bellamy named Nick Meaney to shift from the wing to No.1.

But Bellamy said star five-eighth Munster was an option.

The 27-year-old started his NRL career at fullback in 2014 and spent the bulk of two seasons there when Billy Slater was sidelined with shoulder injuries.

He took over the five-eighth jersey fulltime in 2018 but has often spoken of his desire to return to the back.

“Munster has played plenty there so we’ve got some options,” Bellamy said on Friday.

“He’s gone there a couple of times this year … we’ll start a certain way but if that’s not quite working out we can make some changes.”

The Storm are also planning to start Marion Seve in the centres despite him only playing nine NRL games in the past two seasons.

Bellamy said Seve, who had a knee reconstruction in 2020, had been knocking on the door for some time before Reimis Smith was injured.

“He’s been outstanding in the Queensland Cup … we’re real confident he will do the job,” he said of Seve.

Hard-running Tui Kamikamica is also in line to play his first NRL game of the year after completing a nine-week ban for an off-field incident.

Melbourne and Penrith have dominated the past two seasons, each winning a title, while they enter this sold-out Suncorp Stadium clash on top of the ladder with 8-1 records.

Some extra spice was thrown into their rivalry when it was revealed that after the 2020 grand final victory Storm halfback Jahrome Hughes had drunkenly mocked the blue-collar upbringing of the Panthers, which they used as fodder for last year’s preliminary final win.

Bellamy defended Hughes, who apologised to the Panthers this week for his social media antics.

“I don’t know the situation from 2020 but the only thing I will say is that I’ve never met a better person than Jahrome Hughes,” the coach said.

“He’s a very humble guy and very well-mannered so if he did upset someone he would be very sorry for that.”

Melbourne have piled on an incredible 162 points in their past three matches and Bellamy conceded that wasn’t great for an expected arm-wrestle with the Panthers.

“If that’s the way it turns out, our last three weeks hasn’t been ideal preparation for that sort of game,” he said.

“We can only play to our strengths and try to restrict opportunities for the opposition.”