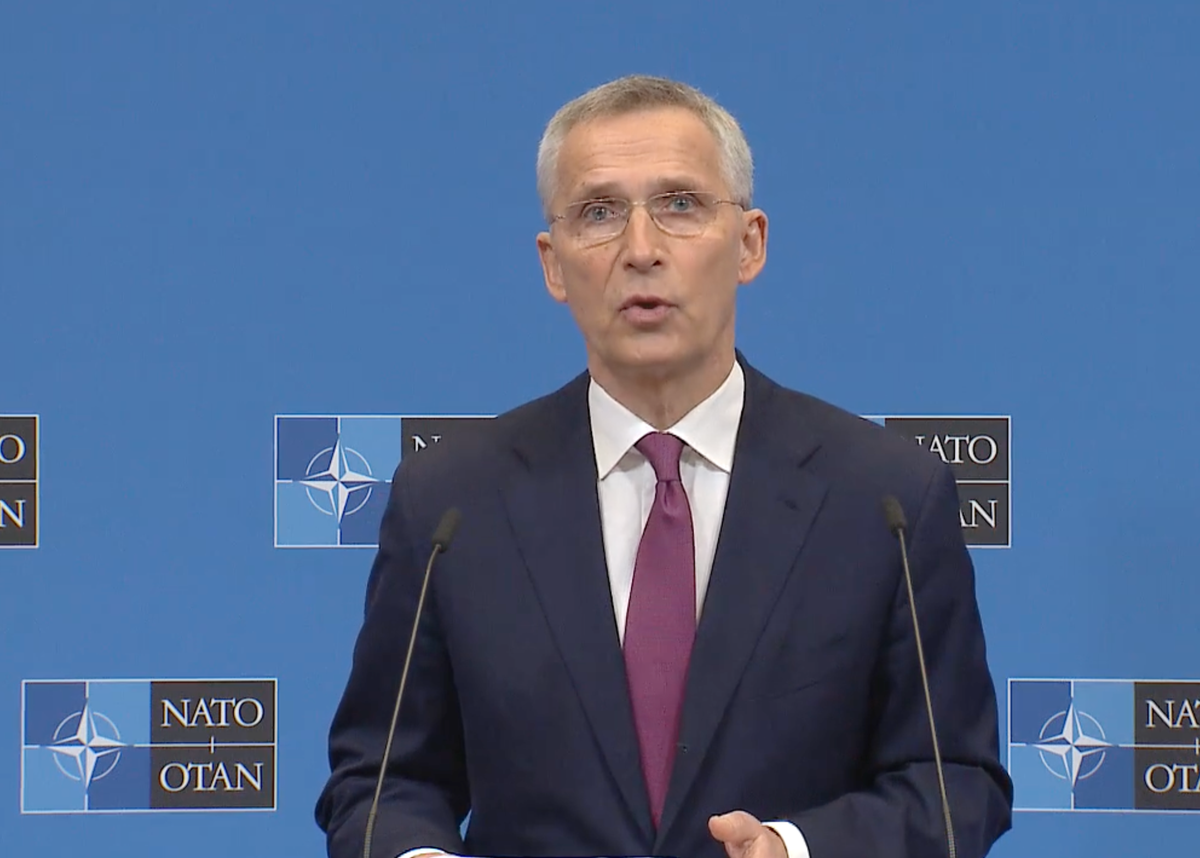 The general secretary of Nato has told Vladimir Putin to stop “nuclear sabre-rattling” and said the alliance has concerns that weapons of mass destruction could be used in Ukraine.

Speaking to reporters on Wednesday ahead of a Nato leaders’ summit in Brussels Jens Stoltenberg said Russia could not “win a nuclear war”.

His comments come after Kremlin spokesman Dmitry Peskov said Russia could use nuclear weapons in defined circumstances and in the case of an “existential threat for our country”.

Last month Mr Putin ordered Russia’s nuclear forces on high alert – while UN secretary-general Antonio Guterres warned last week that “the prospect of nuclear conflict, once unthinkable, is now back within the realm of possibility”.

Mr Stoltenberg, the face of the military alliance, told reporters that Russia “must stop its nuclear sabre-rattling”, branding the approach “dangerous and it is irresponsible”.

“Russia must understand that it can never win a nuclear war,” he added on the eve of the meeting, whose attendees will include Joe Biden and Boris Johnson.

But in a news conference kicking off the meeting Mr Stoltenberg reiterated the alliance’s position that it would not deploy soldiers to Ukraine.

There is little sign of an immediate threat of nuclear weapons being used in Ukraine, where Russian forces have encountered stiffer resistance than expected from dug-in Ukrainian troops.

But Mr Stoltenberg noted that Russia had apparently facilitated the use of chemical weapons in Syria and elsewhere.

“Russia has used chemical agents before against their own opposition and also on Nato ally territory in Salisbury,” he said.

“So we are concerned and that’s also reason why we are ready and we’ll address tomorrow ways to provide support to Ukraine to protect themselves.”

The secretary general on Wednesday also called on China to condemn Russia’s invasion, claiming that the east Asian country’s government had spread misinformation about the situation on the ground and about Nato itself.

Boris Johnson is to arrive at the top-level meeting in the Belgian capital on Thursday morning. Later on Thursday European leaders will then attend an EU European Council summit – bringing Joe Biden with them as a guest. Mr Johnson has not been invited and is expected to return home after the first meeting.

At the Nato meeting leaders are expected to discuss how to seek an end to the conflict in Ukraine. Leaders are under pressure to make announcements about new sanctions on Russia, as well as more humanitarian assistance for refugees and extra support for Ukraine’s military. Ukraine’s president Volodymyr Zelenskyy is expected to speak to leaders.