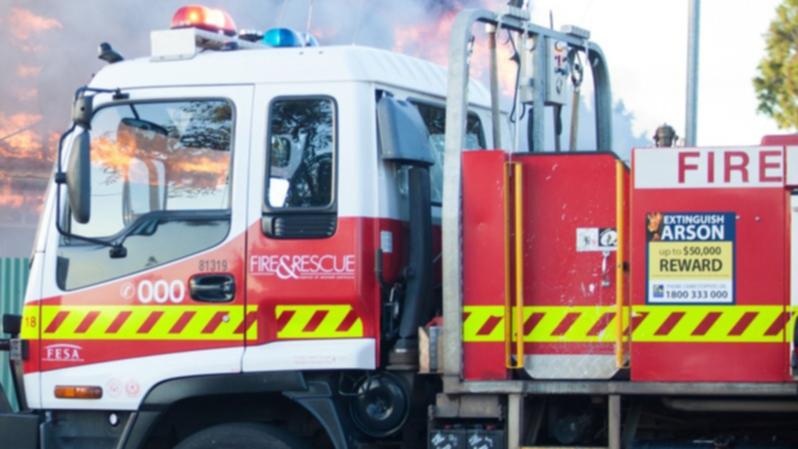 A smoke alert has been issued for Neerabup residents as a raging fire burns through a laminated veneer lumber factory.

Dozens of firefighters have been battling the inferno at the Wesbeam plant, along Pederick Road in the City of Wanneroo, for over an hour with the fire yet to be contained.

Emergency services were quick to respond to the scene after a triple-0 call about 10.24am.

The fire prompted the Department of Fire and Emergency Services to issue a smoke alert for nearby residents and businesses.

DFES said there was no direct threat to lives and homes but warned residents to stay indoors, out of the smoke and fumes.

“As a precautionary measure people in the area should remain inside, out of the smoke or fumes, with doors and windows closed,” it said.

“Air conditioners should also be switched off. People should stay away from the area.

“If you are already in the area, take advice from emergency services personnel.”

No injuries have been reported. The extent of the damage and cause of the blaze is not known.