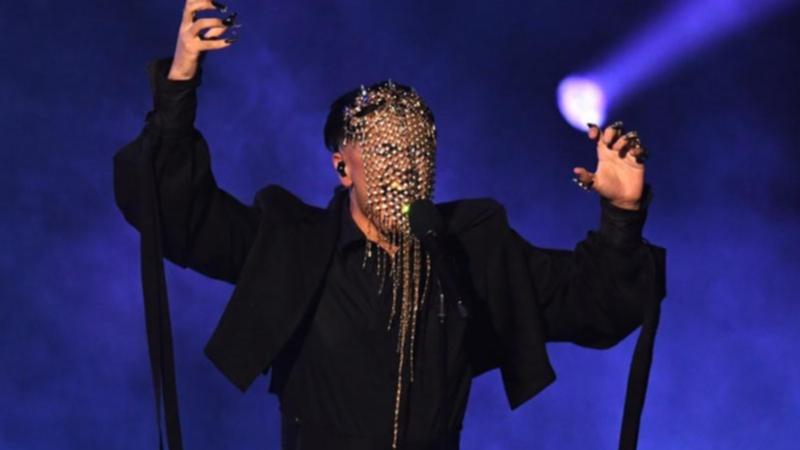 Pop artist Sheldon Riley will represent Australia on the world stage for Eurovision 2022.

The singer was one of 11 acts on stage on the Gold Coast on Saturday night, with a winner decided by public SMS vote and an expert jury panel.

After performing his song, Not the Same, an emotional Riley said he’s proud of everyone who follows their own path.

“Stand for what you believe in because we’re not the same and that’s OK,” he said.

Riley, who grew up on the Gold Coast, performed wearing a mask and accessories.

“Doing this and dressing this way in Australia isn’t always easy. I’m always unapologetically myself but to be in this space where everyone’s celebrating my difference, it’s incredible.”

The jury gave top points to Jaguar Jonze for her song Little Fires.

Among the other contenders were Fijian-Australian singer-songwriter Paulini, who performed We Are One.

“The song speaks for itself … ‘you can always show love and kindness,’ but it’s very different when you put it into a song and people can enjoy listening to it,” she said of the track.

“And the energy of the song that you create in people’s spirits is exactly what you want to do right now.”

Western Australia for the first time vied for the right to represent Australia, with electro progressive pop metal group Voyager, who performed Dreamer.

Acts representing countries from across Europe and further afield will meet in Turin, Italy for a series of performances, with a winner decided by May 15, Australian time.

Earlier on Saturday Eurovision organisers said Russia will not compete in the 2022 event as a result of the country’s invasion of Ukraine.

“The inclusion of a Russian entry in this year’s contest would bring the competition into disrepute,” the European Broadcasting Union said in a statement.