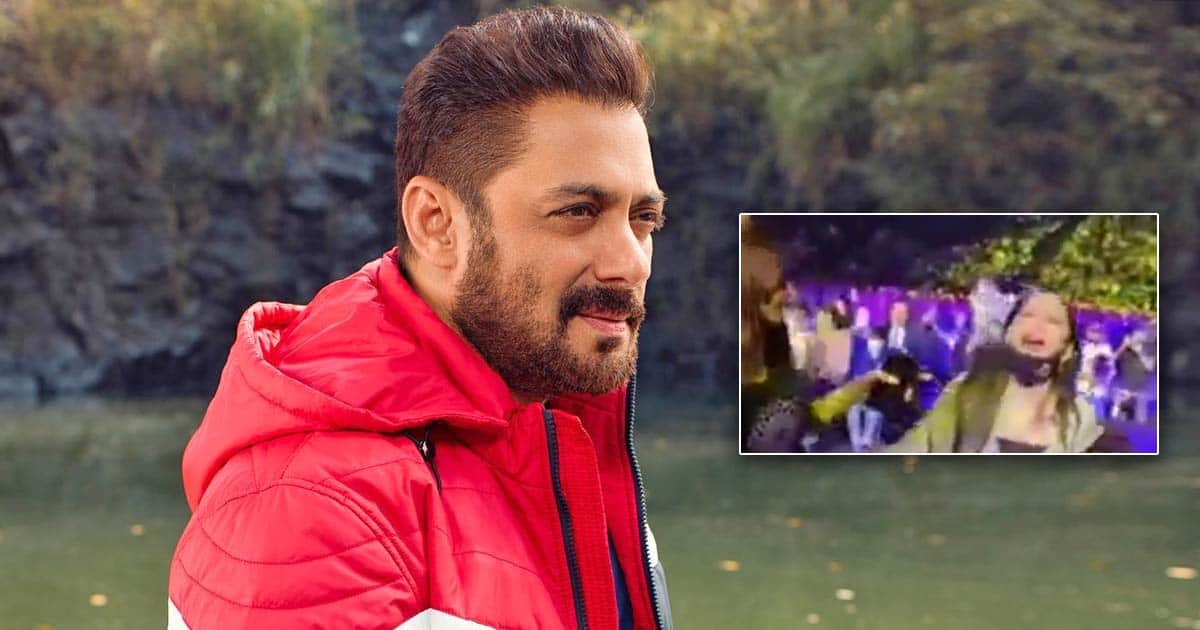 Salman Khan is back doing what he’s best at. Well, he has not returned to the big screen with his film, but with his Da-Bangg Tour Reloaded. Once again Salman Khan along with Aayush Sharma, Sonakshi Sinha, Guru Randhawa, Pooja Hegde, Disha Patani, Maniesh Paul, and Saiee Manjrekar are on their tour to entertain their fans across the globe. Recently, Salman and other celebs performed at Dubai Expo that saw an ocean of fans.

But at the event, something unusual happened that has warmed our hearts and is winning the internet. Read on for the entire scoop.

An inside video from the De-Bangg tour has surfaced on the web and it has taken social media by storm. The viral video sees a female fan crying her heart out for Salman Khan. Time and again we have seen fans expressing their emotions by crying and this incident was no different. The female fan in question was seen continuously screaming, crying for the superstar while saying, “Main sirf Salman Khan sir ke liye aai hu (I have only come for Salman Khan).” She wanted to meet the superstar.

Aww, isn’t this the cutest?

Recently, speaking about the tour, Maniesh Paul called this tour a family ritual. He said, “I’ve been a part of every show since the beginning and getting together with Salman Bhai is always a pleasure. We have toured different nations, across different seasons with many celebrities, the vibe and energy of the stage is totally exhilarating. We are performing in Dubai and I’m looking forward to not just this performance but the many more tours and shows in the future!”

Must Read: Ranveer Singh Says Sanjay Leela Bhansali Has Shaped Him As An Artist, “I Used To Think ‘Mujhe Sab Pata Hai’”