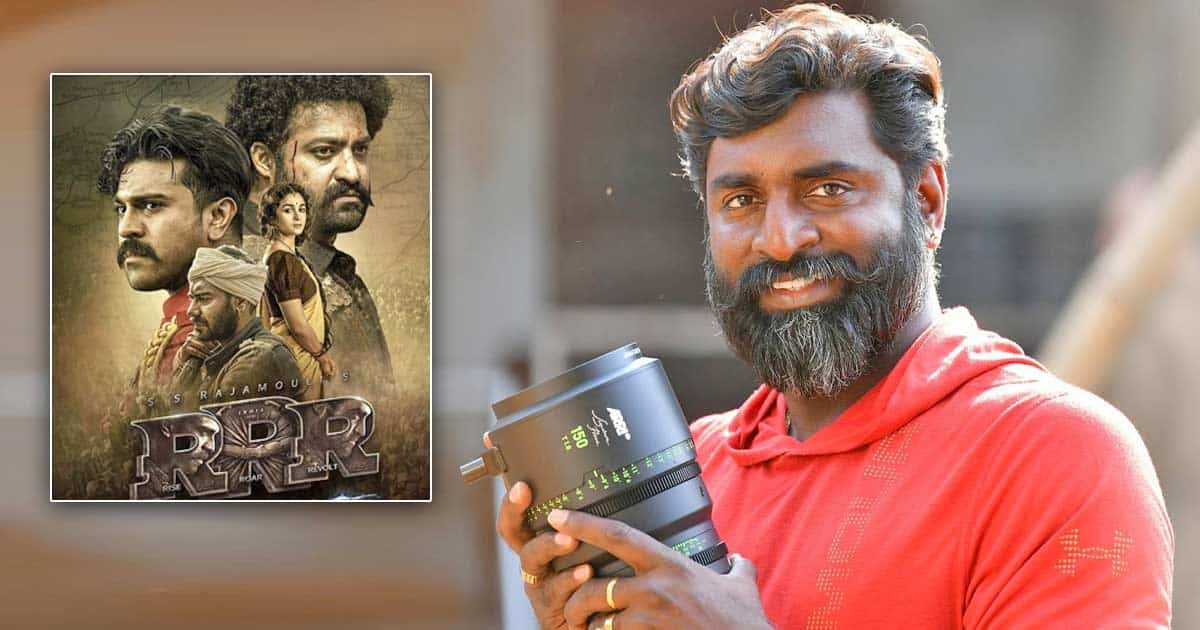 Popular cinematographer KK Senthil Kumar, who recently interacted with the media regarding his upcoming visual grandeur ‘RRR’, revealed that the larger portion of the action sequences in S.S. Rajamouli’s directorial had to go with heavy VFX.

Another interesting revelation by KK Senthil Kumar is that the sequences in which Ram Charan and NTR will be seen together for the first time will have a much more complex screenplay with heavy technicalities.

“The introduction episodes of NTR and Ram Charan are huge and are challenging. There is a situation where both NTR and Charan meet for the first time in the film. The particular episode has a large scope for VFX and technical work involved” told KK Senthil Kumar.

KK Senthil Kumar also conveyed, “We spent close to three years to get the episode done”.

‘RRR‘ will release across the globe on March 25. With an ensemble of cast, the movie has got top-notch technicians as the crew.

Touted to be a fictional fragmentation, ‘RRR’ will have Ram Charan in Alluri Sitarama Raju’s role, while Jr NTR will be seen in the role of the ‘Gond’ hero Komaram Bheem.

Be a part of our community to get the latest Tollywood news, Kollywood news & more. Stick to this space for the regular dosage of anything and everything entertainment! While you’re here, don’t hesitate to share your valuable feedback in the comments section.