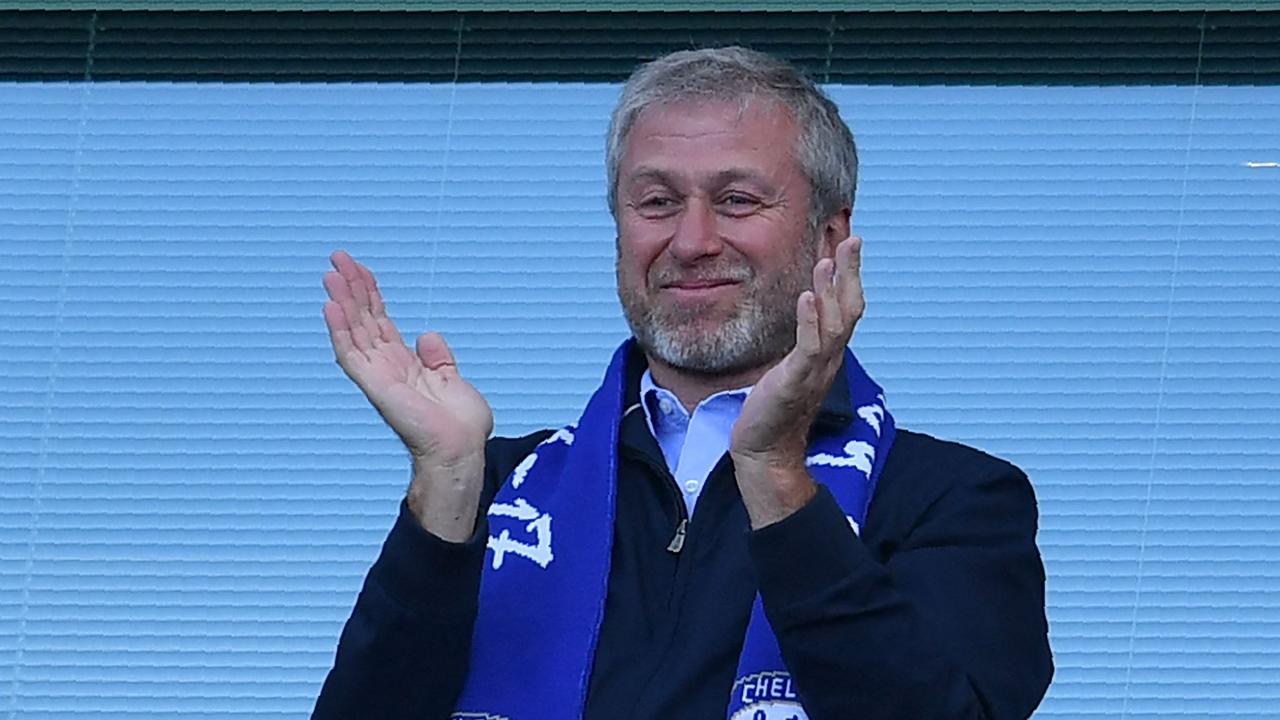 One of the most powerful men in football has sensationally walked away from his English team amid the Russian invasion of Ukraine.

Chelsea’s Russian owner Roman Abramovich has sensationally given up control of the football club amid the Russian invasion of Ukraine.

One of the most powerful and controversial figures in football, Abramovich has owned the English Premier League giant since 2003.

He transformed English football when he ploughed money into the club, making it instantly a European powerhouse, forcing other clubs to do the same.

In a bombshell statement released by the team Sunday morning (AEDT), it was announced the 55-year-old is handing over the “stewardship and care” of the team to the trustees of its charitable foundation.

The move comes with Russia under intense scrutiny following the invasion of Ukraine.

Abramovich and other Russian oligarchs have been under fire this week with English government officials calling for action to be taken against them.

Despite the growing outcry against the Russian billionaire, he had never previously shown any sign he would step away from the club, which is valued at $3 billion, according to KPMG.

It comes just days after he was reportedly set to be banned from living in Britain as a result him being classified a person “of interest” because of his links to “corrupt activity and practices” with senior Russian officials.

English member of parliament Chris Bryant this week singled Abramovich out when calling for a crackdown on “illicit finance and malign activity”.

He said the government must consider seizing some of Abramovich’s assets and stopping him from owning Chelsea, citing Abramovich’s previous admissions that he paid for political influence in Russia.

Bryant got his wish on Sunday when the club announced Abramovich’s news from out of the blue.

“During my nearly 20-year ownership of Chelsea FC, I have always viewed my role as a custodian of the club, whose job it is ensuring that we are as successful as we can be today, as well as build for the future, while also playing a positive role in our communities,” the club statement said.

“I have always taken decisions with the club’s best interest at heart. I remain committed to these values. That is why I am today giving trustees of Chelsea’s charitable foundation the stewardship and care of Chelsea FC.

“I believe that currently they are in the best position to look after the interests of the Club, players, staff, and fans.”

Abramovich was recently valued at $4.2 billion.

The decision is understood to be an attempt to distance the club from the controversy surround him.

The Telegraph reports that Chelsea insist the club is not for sale.

The report claims the decision from Abramovich has not been made in an attempt to avoid sanctions or to avoid destabilising the club in an ownership mess.

Some Russian oligarchs are having their assets frozen by the British government due to events in Ukraine, but Abramovich has not been sanctioned.

If he did face similar penalties that would prevent a takeover of Chelsea as Abramovich would not be able to sell an asset he owns.

Even if sanctions were placed on the 55-year-old, legal experts believe that the government would agree an official “carve out” of Chelsea from any prospective actions to avoid significant impact on the club.

Regardless, sources close to Abramovich insist he has done nothing that would make him liable to sanctions.

And today it was reported that US investors are keen on buying the Club World Cup champions.

He has won five Premier League titles during his astonishing tenure at the club.

— with thesun.co.uk and AFP