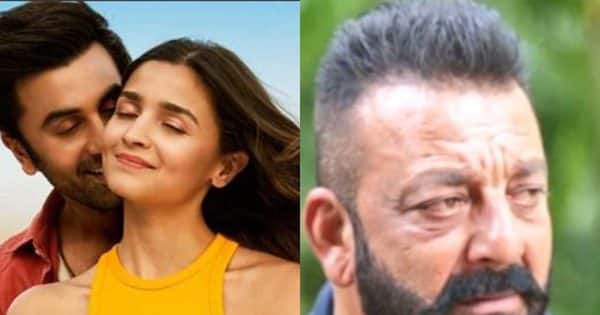 Ranbir Kapoor and Ayan Mukerji‘s Brahmastra is showing its power at the box office. The movie is second only to Barbarian, and that too at some places. Sanjay Dutt has joined Thalapathy 67 to be made by Lokesh Kanagaraj. Here is a lowdown… Also Read – Trending South News Today: Rajinikanth’s daughter Soundarya welcomes second child, Sita Ramam actress Mrunal Thakur wants to ‘freeze her eggs’ and more

Ranbir Kapoor and Ayan Mukerji’s Brahmastra rocks the box office
Ranbir Kapoor and Ayan Mukerji’s Brahmastra had a smashing weekend at the global box office. It is second only to the horror movie Barbarian in terms of collection. Whether it is South India or Australia, people are going crazy over the Astraverse created by Ayan Mukerji. Despite the non-stop campaign by the Boycott Bollywood gang, the film is roaring at the box office. Here is a look at the complete box office figures of the movie; read more. Also Read – Hansal Mehta hits back with a ‘Dhaakad’ jibe after a Kangana Ranaut fan accuses him of THIS big blot on her career

Sanjay Dutt joins Thalapathy 67
After KGF 2, Sanjay Dutt will be seen on Thalapathy 67 as a villain. Fans still remember his epic act as Adheera in KGF 2, which is one of the blockbusters of the year. It seems Sanjay Dutt had a meeting with Lokesh Kanagaraj who is the director of the movie. The film requires multiple villains. It seems Sanjay Dutt will be paid a whopping Rs ten crores to be in the film. Also Read – Brahmastra Box Office: Ranbir Kapoor-Ayan Mukerji’s film creates 20 plus major records; here’s a total lowdown

Kamaal R Khan dismisses vengeance claims
Kamaal R Khan has done a U-Turn from his tweet that he was back with a vengeance. He has said that he is happy and safe at his home. He tweeted, “Media is creating new stories. I am back and safe at my home. I don’t need any revenge from anyone. I have forgotten whatever bad thing happened with me. I believe, it was written in my destiny.”

Prabhas to grace Delhi Ramleela ahead of Adipurush release
Organizers of Lav Kush Ramleela near Delhi’s Chandni Chowk has said that Prabhas will be burning the effigy of Ravan on the occasion of Vijayadashami. The actor’s movie Adipurush is coming on January 2023. Read more…

Virat Kohli and Anushka Sharma‘s latest clicks are here
After months of bad form, Virat Kohli finally scored a hundred in the Asia Cup 2022. Anushka Sharma is also in the UK for Chakda Xpress. The couple’s pics from a tea date went viral. Take a look…