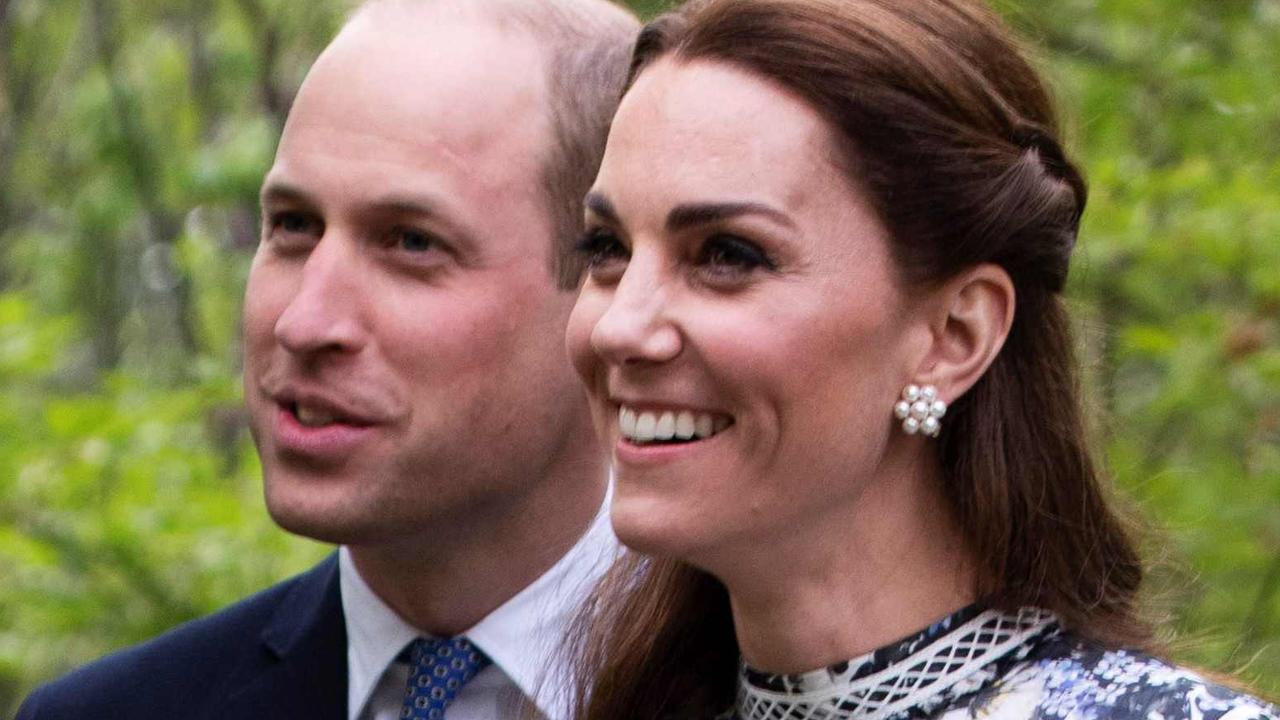 On Wednesday, the biggest royal story in the world was William and Kate, the duo then known as the Duke and Duchess of Cambridge, taking their three children, Prince George,

Princess Charlotte and Prince Louis to their new school, Lambrook in Berkshire, for the very

It was a big day! There were big smiles! Neatly pressed uniforms! As le père Cambridge told their new headmaster, “The gang’s all here!”

What a difference 72 hours can make. Today, of course, the couple have new titles, with his father King Charles III having unexpectedly elevated them to Prince and Princess of Wales on his first day on the regal job.

That’s not the only momentous change. This weekend, William and Kate are now billionaires too.

While their promotion to the Wales title came as something of a surprise, with many expecting that the new king would bestow them with the honour in only the coming weeks or months, they automatically also became the Duke and Duchess of Cornwall when the Queen passed away and Charles acceded.

And getting to call themselves Cornwall? Well, that comes with the eye-wateringly valuable Duchy of Cornwall estate, worth just over the $2 billion mark, per this year’s accounts.

At the beginning of the week, the couple was hardly on Struggle Street, surviving on the $3.8 million they received annually from Charles, and which came from his Duchy income.

The couple also had his inheritance from his late mother Diana, Princess of Wales, which with careful investment, is reported to be worth about $16 million today – and added to which, Kate is a scion of the Middleton Party Pieces empire, with her mother Carol having built up the estimated $50 million business.

So sure, they were hardly having to buy no-name tea bags and send George to school with tinned ham sandwiches, but still, all those millions now pale in comparison to the billions of dollars of assets that the prince now controls. In the past year alone, the Duchy’s valuation jumped by a staggering $157 million.

Today the estate, which dates back to 1337, includes 128,000 acres of land, making William one of the biggest landowners in Britain, which includes forests, rivers, coastline, about one third of England’s famous Dartmoor National Park, the Surrey Cricket Club oval and the land on which Dartmoor Prison sits.

Did I mention the $584 million worth of commercial property that the new Prince of Wales now controls? Silly me.

(It’s worth pointing out, however, that he can’t sell any of the duchy, by law).

However, all that said, the duchy has proven increasingly controversial and is coming under far greater political scrutiny.

For one thing, it is just so more stonkingly valuable than it was in 1969 when Charles formally took over its management, proving to be a surprisingly adept businessman, transforming the estate into a much more lucrative and vast affair thanks to his entrepreneurial derring do. I know – he’s a dark horse, the new king.

But all those new millions and the very nifty financial arrangements the duchy enjoys (arrangements not available to the public) have generated a fair amount of heat over the years.

In 1993, Charles (like the Queen) agreed he would start paying income tax on the tens of millions he was pulling in each year, paying the top UK rate of 45 per cent, but the duchy is not legally considered a company, meaning it does not have to pay corporation and capital gains tax.

In 2005, the UK’s House of Commons public accounts committee began an investigation to probe into the duchy’s accounts with the powerful crossbench body later putting out a highly critical report which called on Charles to provide greater transparency about the vast estate.

In 2012, Charles was accused of running “a well-entrenched tax avoidance scheme” by anti-

monarchy campaigners. The following year, the government’s public accounts committee asked the Treasury to investigate, with committee chair Labour MP Margaret Hodge saying that the duchy’s tax-exempt state “may give it an unfair advantage over its competitors”, The Guardian reported.

Still, having dodged Westminster’s beady eyes time and again, under Charles’ stewardship the duchy has grown in leaps and bounds, thanks in part to its 2009 deal with supermarket chain Waitrose to pay a small fortune to licence the Duchy of Cornwall name.

And thanks to that deal and countless others, as of now, William and Kate will see their annual income jump from less than $4 million to more than $35.5 million. (The floral frock sellers of London must be smacking their lips at the prospect of the newly cashed-up princess).

What is most interesting to consider at this juncture is not what they might do with their new windfall (more matching Hunter wellies? More Range Rovers?) but what this situation would look like had Harry and Meghan, Duke and Duchess of Sussex, stayed put in royal life and not harrumphed off to California and the waiting shoulder of Oprah Winfrey.

Up until they exited stage left in January 2020, Charles’ sons and their wives shared about $7.6 million in funds from their father, which paid for their private expenses. (Their official costs, such as private secretaries and travel, were met by the Sovereign Grant). Both couples, thanks to their duchy cash and their inheritance from their mother, were on a roughly equal monetary footing.

However, were Harry and Meghan still working HRHs today, that all would have changed in the blink of an eye with the passing of Her Majesty The Queen.

William took the reins of billions of dollars in assets and Harry would have gotten … nothing.

Had this scenario come to pass, what is most likely is that Charles would have continued to fund his younger son, possibly to a similar tune, from the Duchy of Lancaster which is controlled by the sovereign. (It has $1.1 billion in assets, delivering an annual profit of just over $40 million, according to their most recent accounts).

What we would have seen is a vast, vast financial chasm open up between William and Harry’s families.

I wonder, did the Sussexes, in late 2019 as they weighed up their future, take this financial shake-up into consideration? Since landing in the US they have inked more than $200 million in deals, a princely sum (boom tish) that they would never have earned if they had stayed inside the royal tent.

In a week in which history was made, billions of dollars changed hands and none of it was ever going to end up in Harry’s. If anyone had ever really wondered just how inherently unjust the heir and the spare arrangement might be, how deeply rooted the inequity, let me present you with two billion very good reasons why.

Daniela Elser is a royal expert and a writer with more than 15 years’ experience working with a number of Australia’s leading media titles.