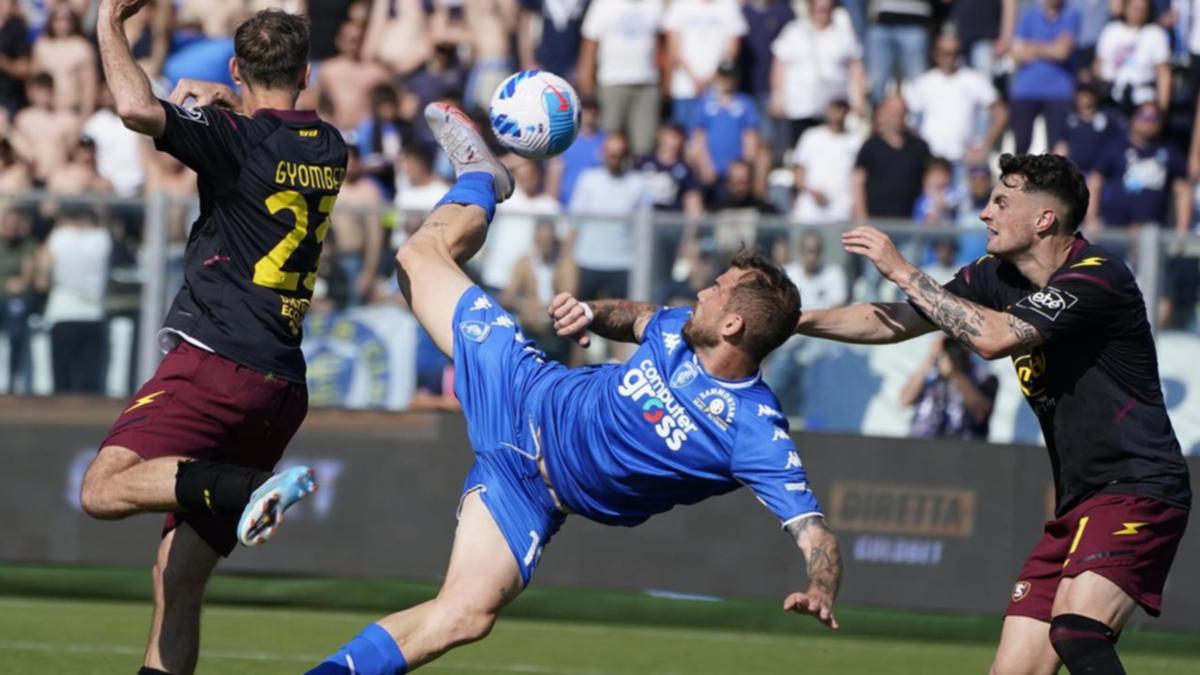 Diego Perotti was in tears at the final whistle and had to be consoled by teammates after his late penalty was saved in relegation-threatened Salernitana’s 1-1 draw with Empoli in Serie A.

Salernitana inched two points clear of the drop zone on Saturday but missed a chance to gain more ground before Cagliari and Genoa play on Sunday.

Empoli goalkeeper Guglielmo Vicario pulled off some fine saves, including the penalty stop, though he was also somewhat at fault for Federico Bonazzoli’s second-half equaliser after Patrick Cutrone gave Empoli the lead.

The result sent last-placed Venezia straight back to Serie B even before drawing at Roma 1-1 later.

Eldor Shomurodov scored a late equaliser for Roma after David Okereke put Venezia ahead in the opening minute.

Roma remained sixth and in a tight battle for the Europa League places, which they can also secure by beating Feyenoord in the Europa Conference League final on May 25.

Spezia assured themselves of Serie A soccer next season after they fought back to win at Udinese 3-2 and move seven points clear of the relegation zone.

Torino won at Hellas Verona 1-0 thanks to a first-half Josip Brekalo strike.

There’s one round to play after this weekend.