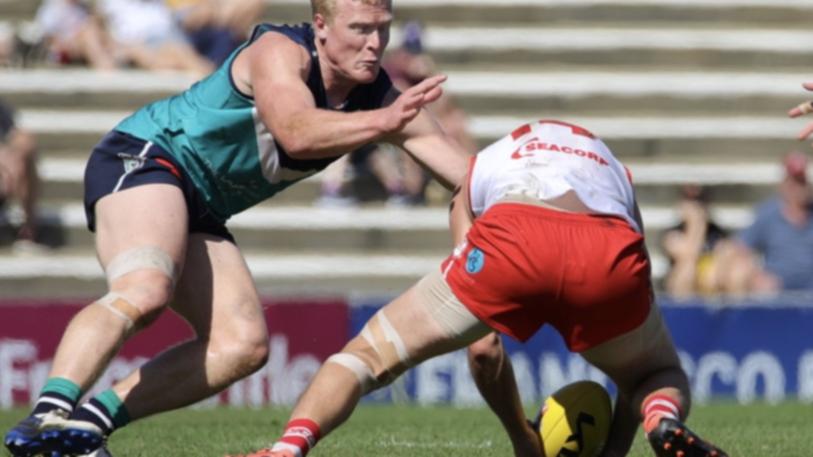 Peel Thunder is one step closer to breaking its premiership drought after securing a spot in the WAFL semi-finals, beating South Fremantle over the weekend 10.10 (70) to 8.13 (61).

Peel was slow off the blocks at Fremantle Community Bank Oval on Sunday, managing to put just three behinds on the board in the first quarter compared to the Bulldogs’ 2.6.

The Thunder gained a bit of momentum toward halftime, but coach Geoff Valentine said Blair Bell rallied the Thunder going into the third quarter and made all the difference.

Your local paper, whenever you want it.

“We were very slow out of the box; (we) really couldn’t get our hands on the ball around the contest,” Valentine said.

“Blair Bell really put the team on his back in the third quarter and got us going.”

Thunder were trailing at halftime, just 2.5 (17) to South Fremantle’s 4.9 (33), but Bell helped put some pep in Peel’s step to claw back several goals in the third quarter.

While Valentine said Bell was “the most influential player for us” on the day, he also commended Docker Lloyd Meek’s work in the ruck.

“Lloyd Meek in the ruck continues to play just so wholeheartedly,” Valentine said.

The Thunder continues its finals campaign with a match against Claremont on Sunday.

“We’ll regroup and check in and see how everybody’s pulled up,” Valentine said.

“They’re going to look to bounce back hard (on Sunday).”

Peel Thunder will take on Claremont at Revo Fitness Stadium in the first semi-final this Sunday, September 18; bounce down 3.10pm.