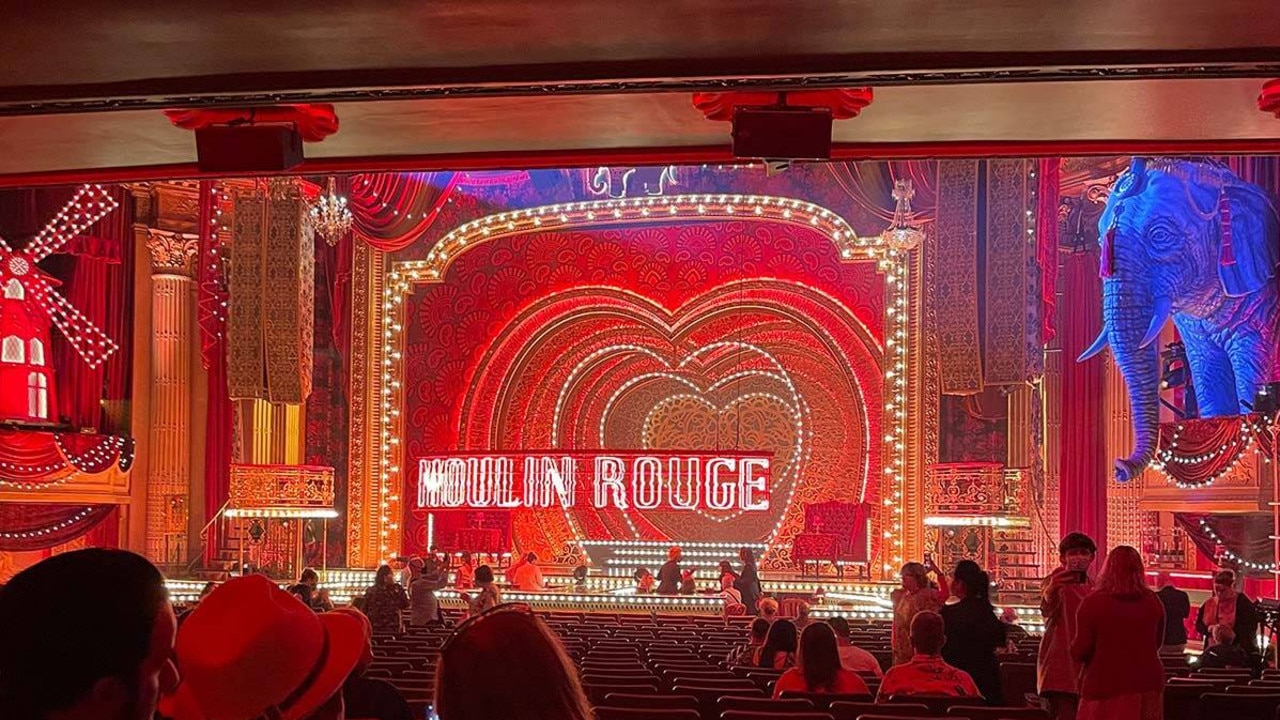 Theatregoers were left flummoxed after a New Year’s performance was cut short with “zero explanation” this afternoon.

Melbourne theatregoers have been left “flummoxed” after being told to evacuate a New Year’s Eve performance of Moulin Rouge with zero explanation.

There was roughly 30 minutes of the production left when the Regent Theatre crowd were told to exit the theatre.

“It was a few songs in during the second half, the evil duke was wooing Satine on the Champs-Elysees and when the number came to an end and the lights went down someone came on stage,” said news.com.au journalist and self-confessed theatre junkie Benedict Brook.

“Then they said due to an unforeseen incident, or similar, there would be a break in the performance — so the lights came up.”

Brook said a staff member came on stage five minutes later and said “the show will not be going on” with “no explanation given”.

“So everyone filed out flummoxed and disappointed,” he said.

“All week I’d been seeing what had happened with shows on Broadway and Sydney being cancelled and I wondered if we’d end up in the same boat.

“But when we all filed in and the show began I sat back and relaxed. So naturally it’s disappointing.

“We weren’t told what the issue was so I can only speculate it’s a positive Covid test. But if it is it just seems odd they’d go onstage with a pending result.”

It was later revealed a staff member of the production company had tested positive for Covid-19.

Another attendee said she was “really, really shocked that there was no reason given” at the for the performance cancellation.

In a statement issued Friday afternoon, a spokeswoman said the decision was made out of concern for the audience.

“We made the decision to discontinue this afternoon’s performance of Moulin Rouge! The Musical after a positive Covid-19 test result within the wider company was made known to us,” she said via The Age.

“We will have an update regarding future performances as soon as possible.”