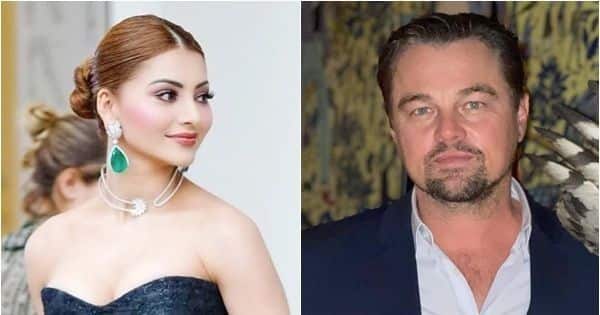 After making her debut on the Cannes 2022 red carpet, Urvashi Rautela claimed that Hollywood star Leonardo DiCaprio complimented her as a talented actress. However, netizens are having a hard time to believe that this really happened. Many people are calling her a liar. Also Read – Cannes 2022: Deepika Padukone’s stylish attempt to make fans fall in love with the orange look they brutally trolled her for is on point

“I was freaking out and falling short of words after receiving compliments from Leonardo DiCaprio. I was so emotional and could feel happy tears in my eyes. At the same time I was blushing too. He also appreciated me as a very talented actress. I was waking up pinching myself. Did that really happen last night? Was I dreaming about the sweet moment? I think it just shows how even the younger actors want to be out there and inspires young actors to keep going, that’s my memory of meeting him,” Urvashi told IANS stating that meeting the American actor was a dream come true for her. Also Read – Cannes 2022: Deepika Padukone reacts as Ranveer Singh sits on her lap [Watch Video]

But netizens refused to buy her claims. “I really admire Urvashi Rautela because she don’t care that she lying. She just be lying,” one Twitter user wrote. Another user commented, “Yeah bro, #LeonardoDiCaprio definitely watched #UrvashiRautela’s stellar performances in Virgin Bhanupriya, Great Grand Masti, Hate Story 4, Pagalpanti et al, like totes.” Many people even doubted that Leonardo attend the prestigious film festival this year since there were no pictures of him from the red carpet. Also Read – Cannes 2022: TV divas Hina Khan and Helly Shah speak about facing discrimination for being at the film festival

she just be lying https://t.co/8jmnoqDjIf

leo is not even at cannes??? maybe news sites need to report that too https://t.co/4pyERFpDHe

Meanwhile, Leonardo was spotted chatting with Robert De Niro during the amfAR charity gala in Cannes 2022 on Thursday. The two appeared in a deep conversation while sitting next to each other. Leonardo kept his appearance low-key for most of the evening, keeping his hat on after skipping the red carpet snaps. The Wolf Of Wall Street actor donned a simple black shirt and a black baseball cap covering his face.

Urvashi who was crowned Miss Diva Universe 2015 and represented India at the Miss Universe 2015 pageant attended the screening of the film Forever Young at the 75th Cannes Film Festival. She is known for featuring in Bollywood movies like Virgin Bhanupriya, Pagalpanti and Hate Story 4.