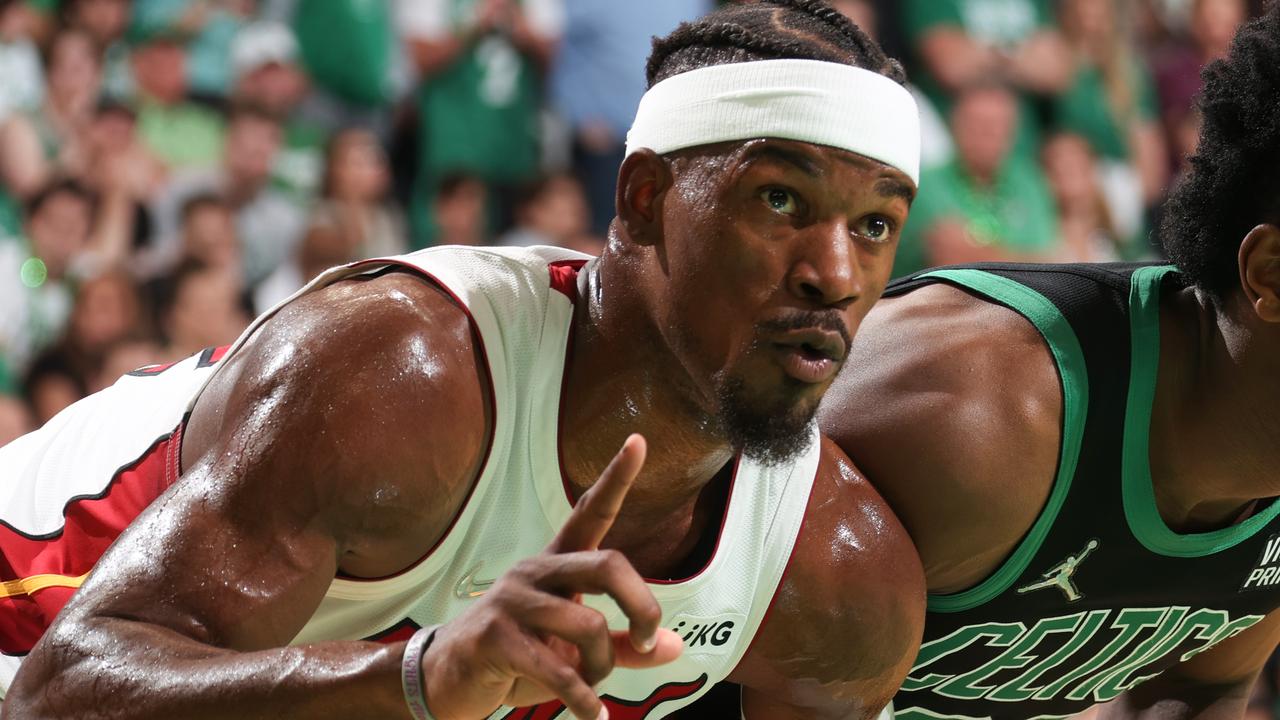 Watch Every Game of the The 2022 NBA Conference Finals & The Finals with ESPN on Kayo. New to Kayo? Try 14-Days Free Now >

Butler got off to a flyer in Boston, scoring or assisting 24 of Miami’s 29 points in the first quarter, ultimately becoming the first Heat player in history with multiple 45-point playoff games.

Only the legendary LeBron James has scored more points in a playoff game in Heat history.

The eight-point victory means the series will go to a Game 7, which will take place in Miami on Monday AEST.

“We know what we’re capable of. We get to take it back to the crib and win game seven,” Butler said.

“We knew we were going to come in here and get one. We know we’re going to win this next one too.”

The winner of Game 7 will face the Golden State Warriors in the NBA Finals that begin next Friday in San Francisco.

Butler hit 16-of-29 shots from the floor, 4-of-8 from 3-point range, and all 11 of his free throws in 46 minutes while contributing nine rebounds, eight assists, four steals and a blocked shot.

“And it was a will that would not let us lose.”

“My team, they’ve got so much belief in me,” Butler said.

“My coaches got so much belief in me,” Butler said.

“They give me that confidence to just go out there and play basketball the right way and just hoop.”

Butler battled through a sore right knee to produce his fourth 40-point game of the playoffs and thanked a message from former Miami star guard Dwyane Wade for inspiring him.

“He was telling me I could do this,” Butler said.

“Knee a little banged up but nobody cares. Go out there and continue to build your legacy and it meant the world to me.”

The Heat are seeking a second trip to the NBA Finals in three seasons, having lost to the Los Angeles Lakers in 2020. Miami last captured the NBA crown in 2013.

The Celtics seek their first trip to the NBA Finals since losing the 2010 title to the Los Angeles Lakers. The Celtics haven’t won the NBA title since 2008.

Jayson Tatum led Boston with 30 points while Derrick White had 22 off the bench and Jaylen Brown added 20.

Miami guard Tyler Herro, the NBA’s Sixth Man of the Year, missed a third straight game with a groin injury.