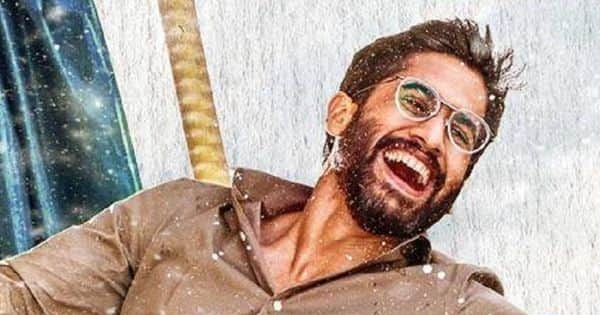 Naga Chaitanya is gearing up for his next Telugu movie release, title Thank You, the release date of which has now been finalised. Naga Chaitanya himself made the announcement. Taking to his official Twitter handle, the actor wrote: “The date is set! Get ready to experience the magic of #ThankYouTheMovie on July 8th, 2022 in theaters @Vikram_K_Kumar@RaashiiKhanna_ @MusicThaman @pcsreeram @BvsRavi #MalavikaNair @avika_n_joy @SaiSushanthR @SVC_official @adityamusic #ThankYouOnJuly8th”. Thank You, which also stars Raashii Khanna, falls under the rom-com genre. Check out his tweet below: Also Read – Trending TV News Today: Tejasswi Prakash OPENS up about relationship with Karan Kundrra, Rubina Dilaik raises temperature in a bikini and more

What’s more, Chay is surrounded by a brilliant ensemble cast in the series from Parvathy Thiruvothu to Priya Bhavani Shankar and more. Opening up about Dhootha, creator Vikram K Kumar said that he made Naga Chaitanya completely aware of the kind of dark, scary, supernatural world he’d be entering with the show, and despite a few inhibitions initially, the actor was finally convinced and then rendered himself whole and sole to the project. Also Read – BTS: V aka Kim Taehyung TOPS poll for which boy idol fans want to give roses to [Deets Inside]

Returning to the topic on hand, Naga Chaitanya and Raashii Khanna starrer Thank You is directed by Vikram Kumar of Manam and 24 fame, written B.V.S. Ravi, and produced by Dil Raju and Sirish. Unlike, recent big South movies like Pushpa, RRR and KGF 2, the makers haven’t even hinted yet at a pan-India release for the film.