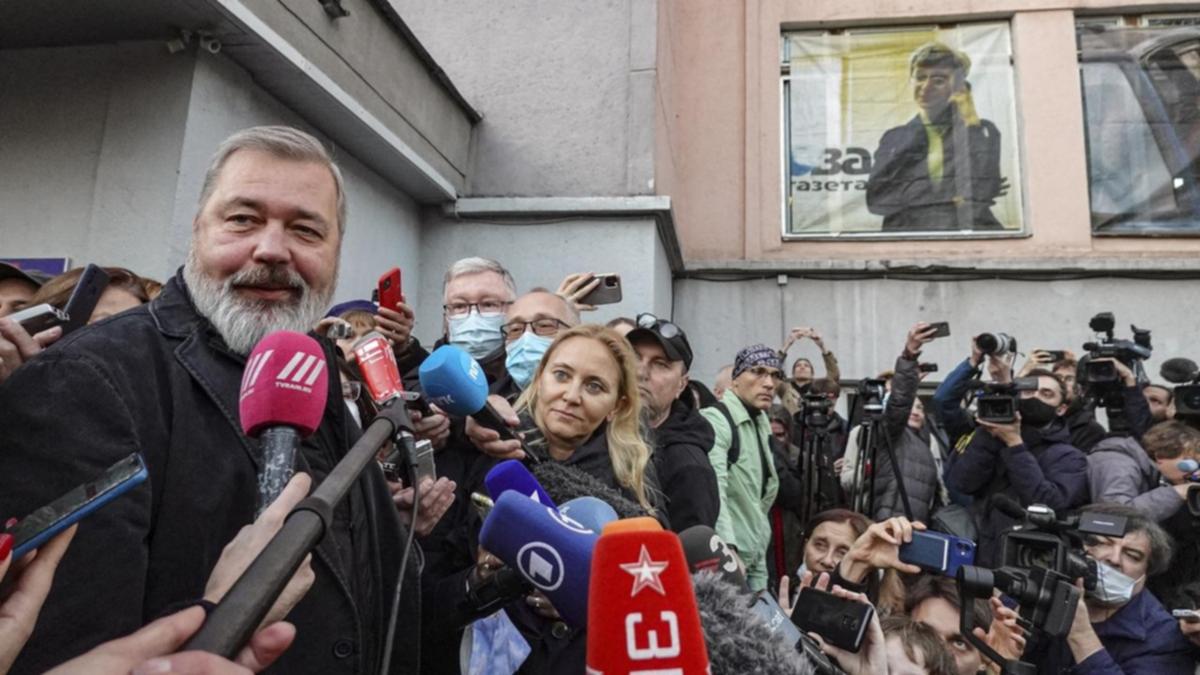 Russian journalist Dmitry Muratov has announced in Moscow that he will auction off the medal he was awarded for the 2021 Nobel Peace Prize and donate the proceeds to Ukrainian refugees.

Muratov, editor-in-chief of Novaya Gazeta, received the prize jointly with the Philippine journalist Maria Ressa for their efforts to safeguard freedom of expression.

Muratov donated his share of the fund to social projects.

On Tuesday, Muratov called for an immediate ceasefire in Ukraine as well as the exchange of prisoners, the transfer of the bodies of fallen soldiers and the establishment of safe corridors from besieged Ukrainian cities.

“What can we do: to share with refugees, the wounded and children who need urgent treatment what is dear to you and has a value for others,” Muratov wrote in the Novaya Gazeta, one of Russia’s last independent media outlets.

“Novaya Gazeta and I have decided to donate the 2021 Nobel Peace Prize Medal to the Ukrainian Refugee Fund. There are already more than 10 million refugees. I ask the auction houses to respond and put up for auction this world-famous award,” he wrote in an announcement published in Russian, Ukrainian and English on the paper’s website.