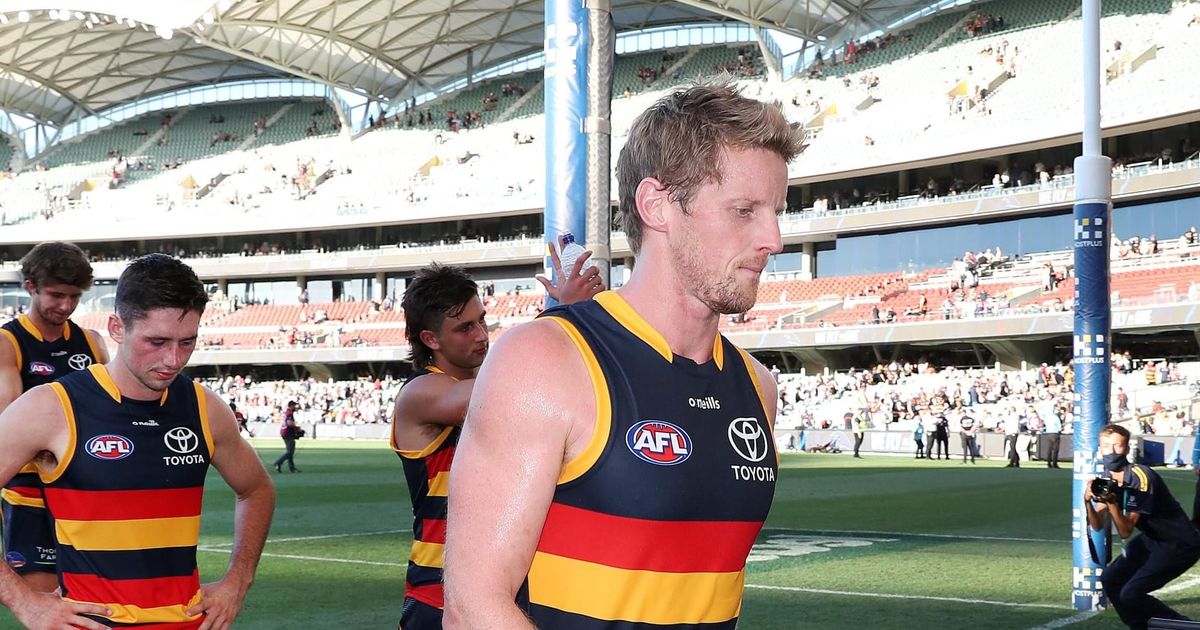 ADELAIDE captain Rory Sloane has had his one-game ban for contact to the eye region downgraded to a fine.

It means he will play in Saturday’s game against Collingwood at the MCG.

Sloane’s evidence on Tuesday night that he would never intentionally make contact with an opponent’s eye, given his own extensive injury history, was accepted by the Tribunal jury.

MEDICAL ROOM Check out your club’s injury list after R1

The Crows onballer acknowledged the incident involving Fremantle utility Blake Acres last Sunday was low impact and high contact, but argued it was careless rather than intentional.

After several minutes of deliberating, the Tribunal ruled in his favour.

It was a big night at the Tribunal, with West Coast forward Willie Rioli and Brisbane’s Mitch Robinson challenging their own one-game bans.

Rioli was successful in overturning his suspension, but Robinson’s was upheld.

Duursma suffered a collarbone injury and is no certainty to play in round two.

In his evidence, Sloane detailed his own history of facial and eye injuries because of football, including a detached retina last year that had the potential to end his career.

“I’m very aware of what even just a little scratch in the eye can do, even just a poke,” he said.

“There’s no way I’d go after anyone’s eye because I’m very aware of the damage it can cause.

“I was super close to being finished in football and close to losing my eyesight so there’s no way I’d go near anyone’s eye.”

Sloane added he was “genuinely shocked” when made aware of the charge.