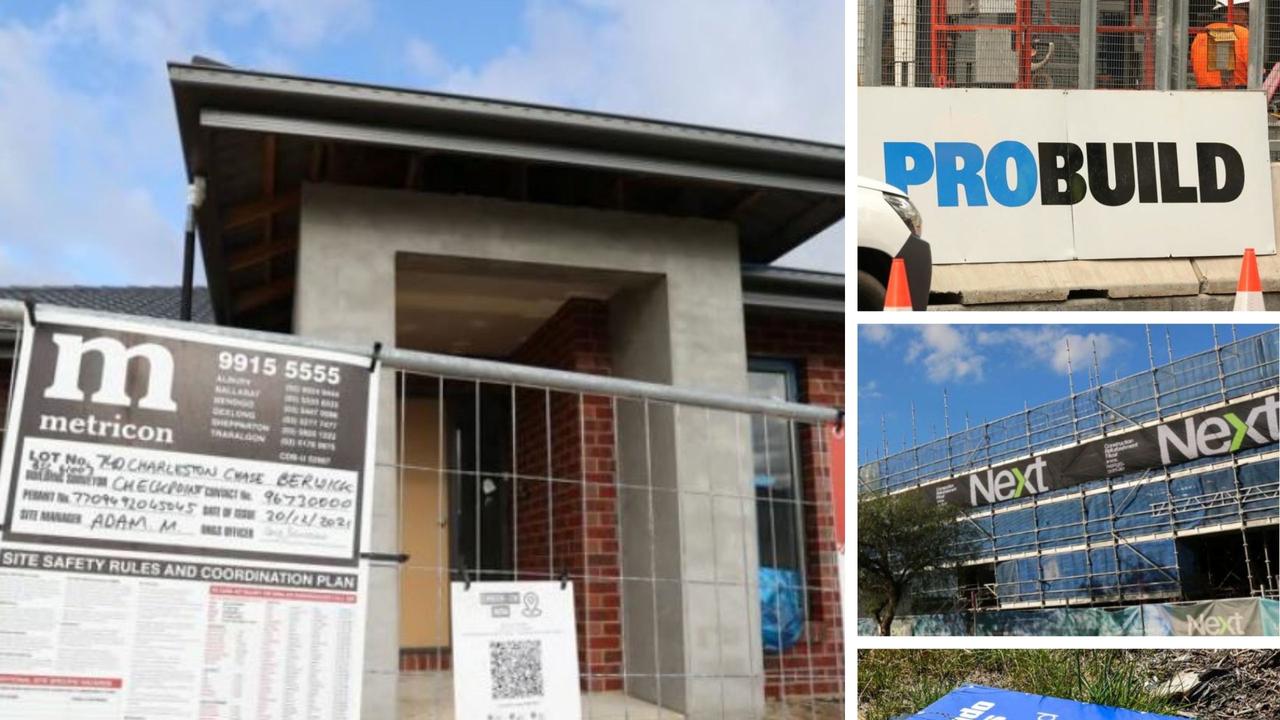 One of the major factors behind Australia’s home building crisis has been revealed, amid fears major companies like Metricon won’t survive.

Australia’s home building industry is battling a “profitless boom”, as the sector struggles under the weight of a skilled worker shortage and spike in material costs.

And it isn’t just businesses that are feeling the pressure, Consumers are also dealing with the fallout in the form of lengthy building delays and unexpected cost blowouts.

Supply chain delays are also adding to the chaos, with thousands of Aussies are left in limbo as they are forced to wait for building materials to become available before work can recommence.

As a result, building times have increased from about eight months to a year, according to a new report released today by the Housing Industry Association (HIA).

The report also reveals the number of detached homes under construction has risen exponentially, with 75 per cent more than there were in 2019.

The rising cost of construction, which is rising at a pace of about 15 per cent per year – the fastest rate in more than 40 years – is proving to be a killer for housing companies.

Steel prices are 42 per cent higher than last year, timber is 21 per cent higher, electrical products are 14 per cent more expensive and the cost of bathroom fixtures has risen by 13 per cent.

Rising costs and building delays mean these companies now have a backlog of fixed-price projects to complete from early 2021 on which they are essentially making no profit.

HIA chief economist Tim Reardon told The Daily Telegraph that these are the contracts that are the most challenging.

“Profitless boom is an accurate turn of phrase,” he said.

With big names such as building giant Probuild, Gold Coast-based firm Condev and smaller operators including Hotondo Homes Hobart, Home Innovation Builders and Next all collapsing this year, it is clear Australia’s construction industry is on a knife’s edge.

Russ Stephens, co-founder of the Association of Professional Builders, has estimated around 50 per cent of Australian building companies are currently trading insolvent – which means they can’t pay their bills.

“It’s easy for a large company to delay a decision to go into liquidation by six months or even a year … However, as we get towards the end of the year it’s probably safer to predict it could be thousands of consumers affected by collapsing building companies.”

Mr Stephens said the average cost of building an Australian home had blown out by between $40,000 and $150,000 and warned fixed price contracts had to go.

He has cautioned that customers should stump up the money for a price increase or risk their builder going under and it costing a lot more to get their home complete.

“Builders have had to absorb the costs but what has compounded the problem was not just the rise in materials prices, but also the delays due to Covid,” he said.

“Builders have a limited amount of projects they can take on at any one time and when a project usually takes 25 weeks but has pushed out to 30 weeks, it means fixed expenses go up but the cost to the consumer stays the same.”

Rumours are still swirling that Australian homebuilding giant could be on the verge of collapse following the shock death of its founder Mario Biasin, despite the company denying the speculation.

However, many of its customers and employees remain concerned about the company’s future.

One Queensland couple who signed a contract with Metricon for the construction of their home near Ipswich said they not received information about the status of their build, with the company pointing them to a media statement in response to questions.

Emily Martin told Nine newspapers she had signed a contract with Metricon in November but was unsure when construction would start.

“Between our land deposit and house deposit we’re $38,000 out of pocket, and we’re not within a month of the build starting,” she said.

Last week, acting Metricon CEO Peter Langfelder shot down ongoing allegations surrounding the company, declaring it was “business as usual” in a press conference on a building site, although he admitted the company was experiencing some delays on projects.

“In terms of our business, it’s just business as usual.

“Our business has been very strong for 45 years and will continue to [be] for a long time to come.”

Despite Mr Langfelder’s claims, reports emerged that Metricon representatives met with the Victorian Government for crisis talks about the escalating issues plaguing the sector, including the surging costs of essential materials such as timber and steel.