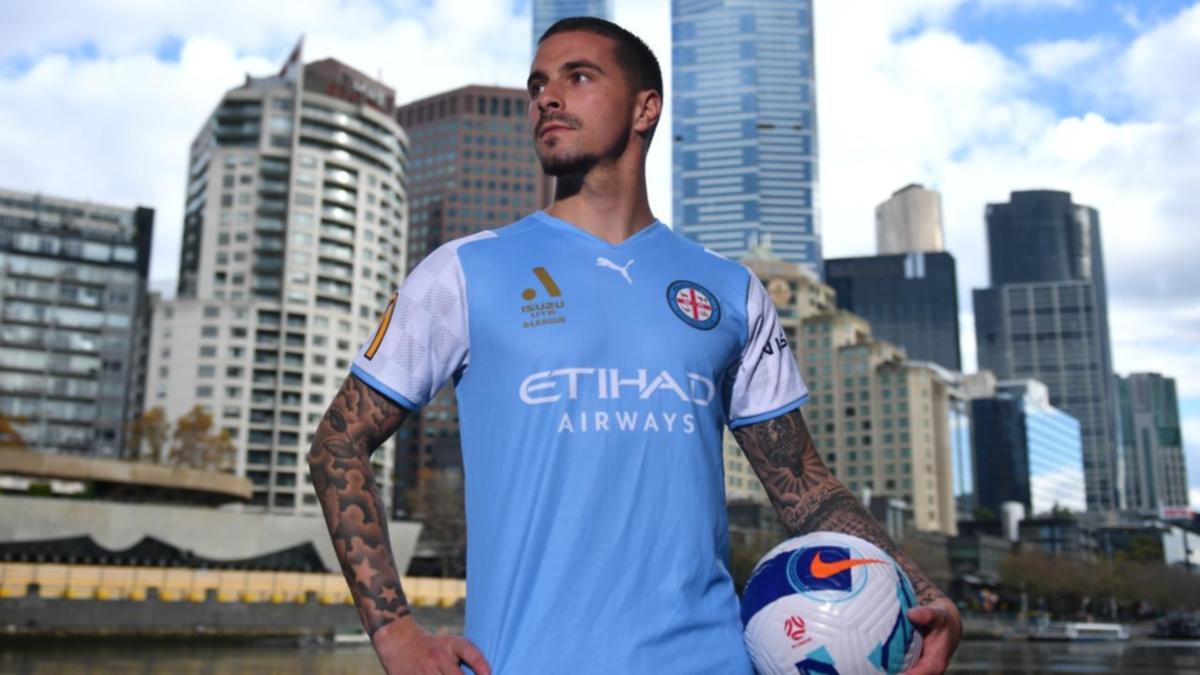 Jamie Maclaren has cheekily called on Melbourne Victory fans to help fill the stands at the A-League Men’s grand final between their two fierce cross-town rivals.

Melbourne City and Western United seem unlikely to sell out AAMI Park for Saturday night’s championship decider, with about half the available tickets sold as of Thursday.

Well-supported Victory’s presence would have guaranteed a capacity crowd at the 30,000-seat venue but they were knocked out by United in an enthralling semi-final.

It has led to City striker and leading goalscorer Maclaren’s unusual invitation.

“I really hope the Melbourne community can come out,” Maclaren said.

“The Victory fans, if they feel like coming to support us again, then why not?”

Hundreds of Victory fans attended City’s final regular-season match earlier this month – in support of Wellington Phoenix – when a draw or win for the visitors would have handed Tony Popovic’s team the premiers plate.

City prevailed 2-1 to secure the silverware.

An ALM grand final failing to sell-out a stadium the size of AAMI Park would have been unfathomable during the competition’s boom years.

But falling attendances, exacerbated by the global pandemic, are an ongoing concern for ALM officials.

The grand final is still expected to be played in front of more than the 20,000 fans that three regular-season meetings between City and United drew in total.

“It will be nice to have the stadium full and cheering for both sides.

“You want that, every player wants that. You don’t want to play in front of small crowds, so it will be great.”

The grand final comes in the same week European giants Barcelona attracted a crowd of 70,174 for a friendly match against the A-League All Stars in Sydney.

“If that means we can get more games like that and bring out the Aussie crowd, that’s fantastic,” Maclaren said.

“There’s people out there who can come to games and there will be people in Melbourne who might be (weighing up whether) to come to the grand final, but I urge you to come.

“We’re on a good path and I really hope that Saturday night shows that.”