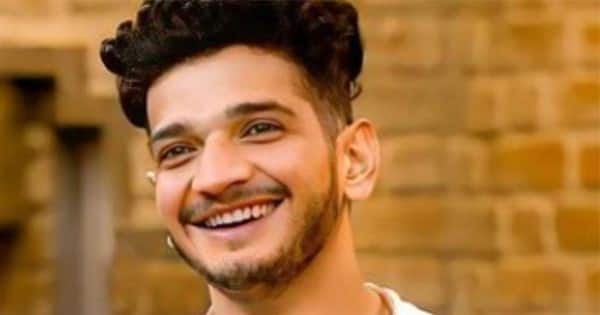 Lock Upp winner Munawar Faruqui has been receiving an immense amount of love from the audiences post his win in Kangana Ranaut‘s reality show. The stand-up comedian got candid about his first marriage, his son, his girlfriend Nazila, and much more. In an interview with ETimes, Munawar said that he was not ready to speak about his past on the show, but he realized that he does not want to hide anything from anyone. He said, “I will have to talk about my personal life and it is no more personal now. Hai kuch zindagi ke puraane kisse but aage badhna hai zindagi ka naam.” Also Read – Dhaakad trailer: After Salman Khan, Ram Gopal Varma reviews Kangana Ranaut’s performance; compares her to Hrithik Roshan and Tiger Shroff

Munawar said that he will soon meet his son and he is quite excited to see him. He was quoted saying, “I always think of giving him a better life and he should be able to achieve all his dreams. I want him to become a good person and a better human being. I also want that people close to him should also be safe and he should become a good person. Main usse Kisi bhi cheez ki kami nahi hone dena chahta… I want to give him all the happiness in the world. I want to be there for him always.” Also Read – Dhaakad star Kangana Ranaut REACTS to Mahesh Babu’s ‘Bollywood can’t afford me’ remark; says, ‘I don’t see why…’

Munawar was spotted with his girlfriend Nazila at the success bash of Lock Upp which was hosted by Ekta Kapoor. Their pictures and videos went viral on social media and the two looked head over heels in love with one another. Munawar and Nazila have known each other for a year now and are dating for a few months. He revealed the reason behind not speaking about his girlfriend inside the show. Munawar said, “The situation inside the house was not right to talk about Nazila. As I was inside the show and she was outside and I was not there with her at that moment in the outside world, so I refrained from revealing her identity.” Also Read – Trending Entertainment News Today: Suniel Shetty opens up on KL Rahul-Athiya Shetty’s wedding, Kangana Ranaut reacts after Salman Khan shares Dhaakad trailer

The comedian even said that whether he is participating in Rohit Shetty‘s adventure-based Khatron Ke Khiladi season 12 show. He said he is not sure if he is the confirmed contestant of the reality show as the things are still in the process.