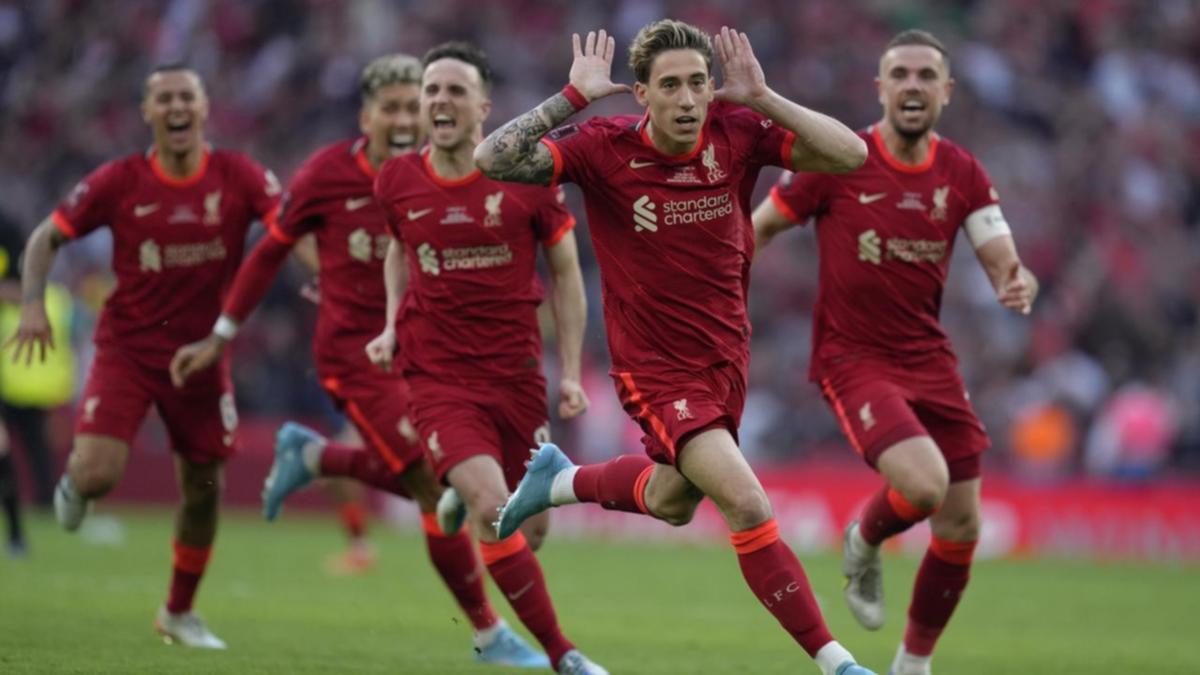 Liverpool have won the FA Cup in another Wembley final penalty shootout against Chelsea.

After a goalless 120 minutes on Saturday, Jurgen Klopp’s side won the shootout 6-5.

Substitute Kostas Tsimikas slotted the winning penalty in the shootout after Chelsea captain Cesar Azpilicueta had hit the post and Alisson had saved Mason Mount’s effort.

It was a repeat of the League Cup final in February, which Liverpool won 11-10 on penalties after that match also finished goalless.

Saturday’s win means Liverpool remain on course for an unprecedented quadruple of trophies.