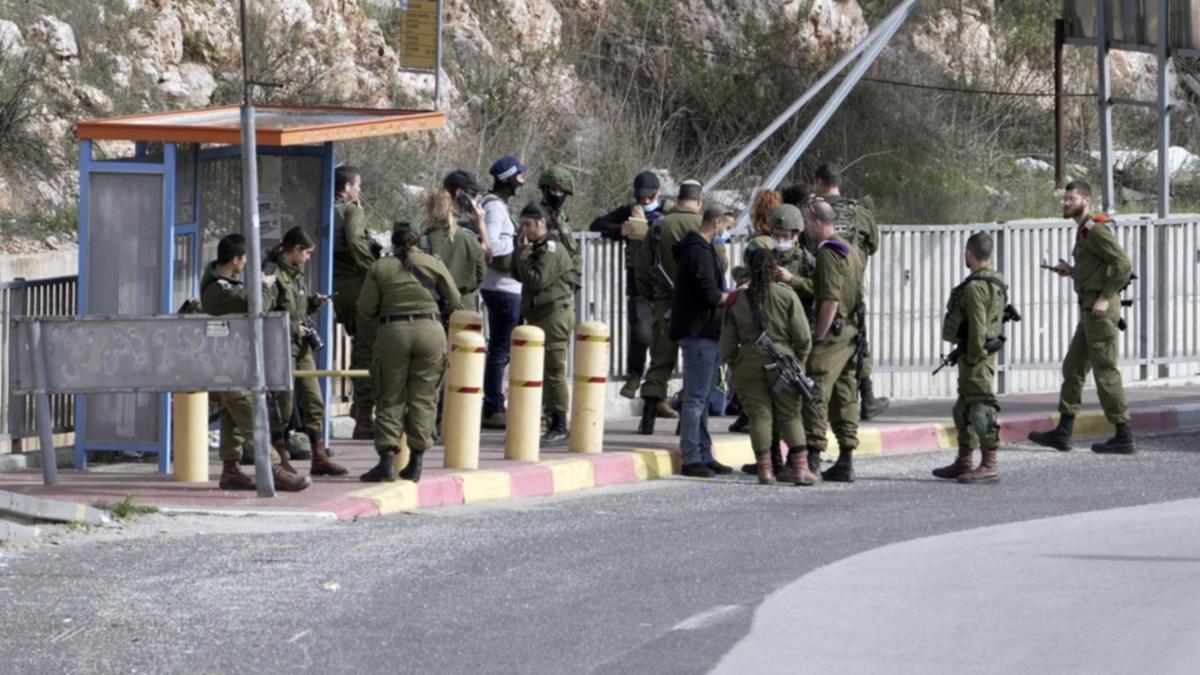 Israeli troops have shot dead a Palestinian assailant running towards them with a knife at a bus station in the occupied West Bank, the army said.

Citing an initial investigation, it said in a statement that the man had arrived at a junction near the Jewish settlement of Ariel in a car, got out and “armed with a knife, ran toward the bus station where civilians and IDF soldiers were standing”.

The Palestinian health ministry identified the dead man as a resident of Qarawet Bani Hassan, a nearby village.

The Israeli army said it was pursuing whoever else was in the vehicle, which had fled the scene.

The West Bank has seen sporadic violence since US-sponsored talks on founding a Palestinian state alongside Israel stalled in 2014.