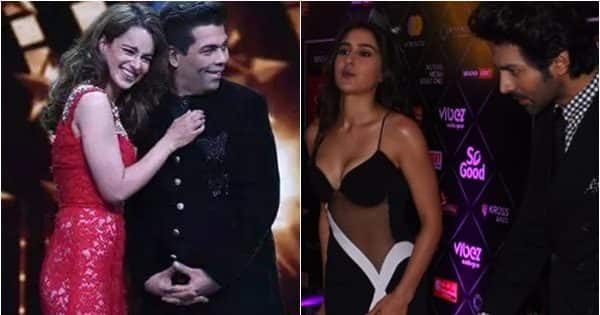 The entertainment news continued to flow even on a Sunday. From Kangana Ranaut questioning Karan Johar over Brahmastra‘s inflated box office collections to Kartik Aaryan and Sara Ali Khan being engaged in a deep chat at an award function, here’s a look at the top trending entertainment news today.

Ranbir Kapoor and Alia Bhatt starrer Brahmastra has made a record breaking collection on day 2. The Ayan Mukerji directorial has also witnessed a positive growth in its occupancy and it is now heading towards a fruitful weekend. Check out full story here.

Pakistani singer-actor Ali Zafar said that Shah Rukh Khan should avoid working with him since the political climate in the country is not favourable. However, he expressed his wish to work with Shehnaaz Gill in his songs. Check out full story here.

Ex lovers Kartik Aaryan and Sara Ali Khan were getting engaged in a deep conversation at an award function. Their fans couldn’t stop rooting for them. Check out full story here.