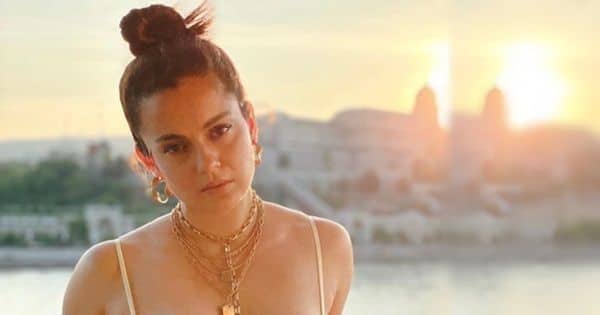 From being known for her 2014 film Queen to becoming the OG controversy Queen, Kangana Ranaut has definitely come a long way. She has courted some of the biggest controversies in the industry more than she delivered hit films in her career. So without much ado, let’s take a look at her controversies that will stay forever with us. Also Read – Lock Upp: Babita Phogat REACTS to Kangana Ranaut’s opinion about her [Exclusive]

In 2016, Kangana had claimed that Hrithik and she were in were in a relationship when they were shooting Krrish 3. Hrithik had denied her claims. They gave multiple interviews to prove their side of the story. Also Read – Tuesday Trivia: Kangana Ranaut wasn’t the first choice for Mahesh Bhatt’s 2006 film Gangster

The Flagbearer of Nepotism

As a guest on Koffee with Kaeran, Kangana had said that Karan is the ‘flagbearer of nepotism’. It had sparked a huge debate on nepotism and still continues to haunt the star kids and filmmakers.

In a tweet, Kangana had alleged that nearly all of Bollywood is involved in drug abuse. “I specifically mentioned most high profile parties and inner circle of hugely successful stars, I have no doubt that people like you have never been invited to those parties cos these drugs are expensive, 99 per cent superstars have been exposed to hard drugs and I guarantee this,” read her tweet.

In 2020, Kangana had said that she feared the Mumbai police more than the movie mafia and likened the Maharashtra capital to Pakistan-occupied Kashmir (PoK).

In May 2021, Kangana’s Twitter account was ‘permanently suspended for repeated violation of Twitter rules’, a company spokesperson had said. The move came after she had urged Prime Minister Narendra Modi to show his “Virat Roop” from the “early 2000s” to “tame” Mamta Banerjee in Bengal.

During the farmers’ protests over the three farm laws passed by the Union government, singer Rihanna had questioned the lack of media coverage of the issue. Responding to her tweet, Kangana had said that the protestors were not farmers, but “terrorists who are trying to divide” the country.

Kangana faced the wrath of Indians after she said that the freedom that India attained in 1947 was given to the nation as a ‘bheek (handout)’ by the British. Angry netizens slammed the actress right, left and centre.

The Entertainment Journalists’ Guild of India had announced that they would ban Kanagana Ranaut from all media coverage till the time she apologises for her spat with a reporter during a press conference for Judgemental Hai Kya.