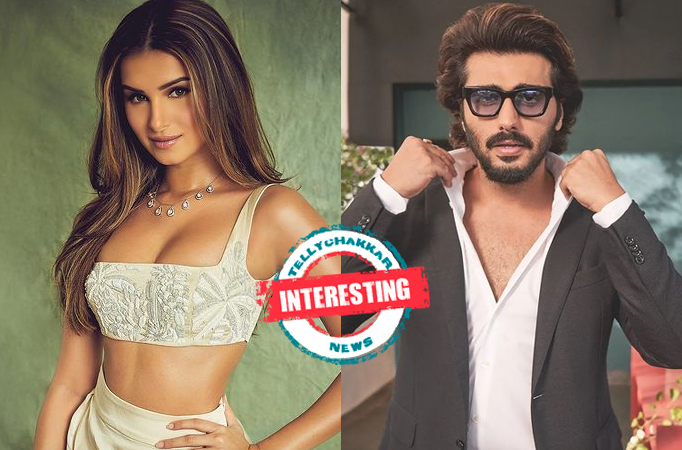 MUMBAI: A fun exchange happened between Arjun Kapoor and his Ek Villain 2 co-star Tara Sutaria. So it all started when the actor wrote on Instagram, “Sorting my weekend vibe at Nainital with Drew Neal.” Drew Neal is Arjun Kapoor’s fitness coach. The caption was attached to a video from his workout session. But Tara Sutara didn’t miss the error in the caption

Tara Sutaria corrected his grammar, and he has also responded to the comment. Arjun and Tara will soon be seen together in Ek Villain Returns, which sparked the hilarious banter between the two.

Arjun had shared a video of himself as he did his workout. He could be seen skipping, doing some weights and some boxing practice in the video. He captioned the video as, “Sorting my weekend vibe at Nainital with @drewnealpt #NoOffDays #WorkInProgress.”

Tara took to the comment section on the Instagram post to write, “In* Nainital not at Nainital @arjunkapoor Arju yaaaaar.” Arjun was quick to respond to her comment. “@tarasutaria can’t wait for you to write all the right captions for me when we promote V2… handing over my account to you officially very soon Professor Sutaria.”

Tara suggested she’d be happyto help and wrote, “@arjunkapoor Obviously Since you’re my biggest fan, I’d be obliged.” Arjun then responded with, “@tarasutaria wow come back and all haan…someone’s in the mood for banter today.”

Arjun will be next seen sharing screen space with Bhumi Pednekar in The Lady Killer’. In a recent interview, Arjun said that he is obsessed with the script of Lady Killer. “The film is a noir romantic thriller and it’s very different from anything I have done, very unique in terms of the treatment, the way the directors and the writers have worked on it,” the actor said.

Also read Finally! Aryan Khan to fly to the US for this reason after being relieved from the Mumbai Cruise Drugs Case

For more news from the entertainment industry, stay tuned to TellyChakkar.