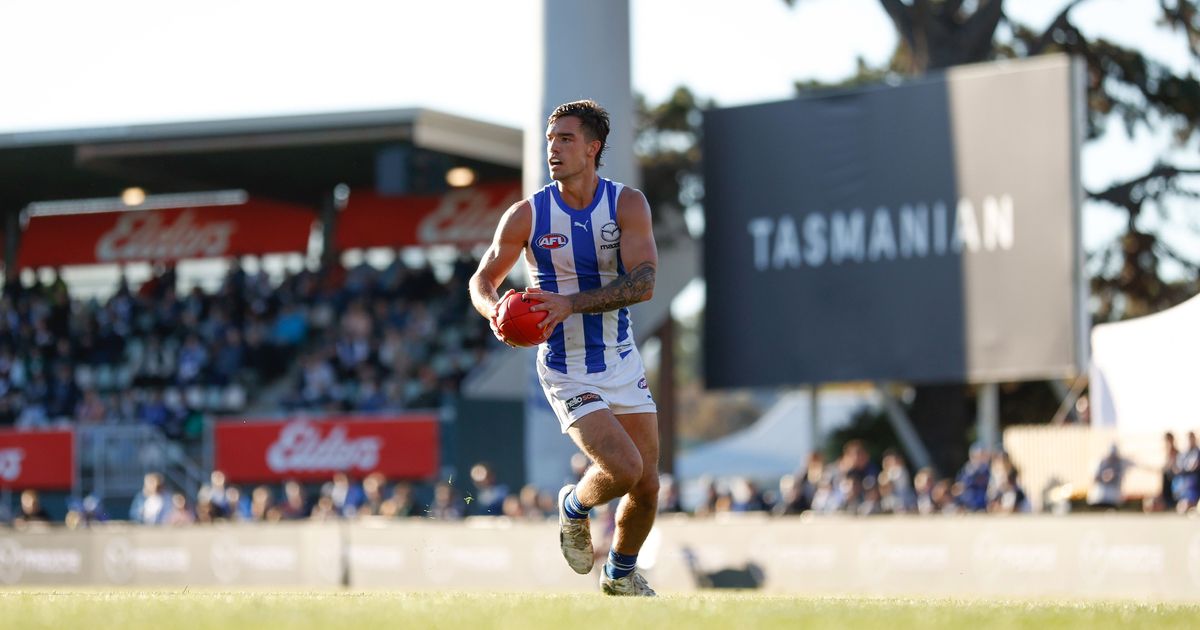 NORTH Melbourne has been dealt a massive blow ahead of its clash with Port Adelaide in Tasmania, with gun midfielder Jy Simpkin a late withdrawal due to hamstring tightness.

The 2021 club champion has been replaced in the side by Kyron Hayden for his first game of the season.

Charlie Lazzaro will be the medical sub.

The Power go into the match unchanged.

Meanwhile, Richmond will be aiming to win its third game on the trot against Hawthorn at the MCG.

The Hawks’ defence will need to be at its best to cover Tom Lynch in career-best form, Dustin Martin getting minutes in front of goal as he returns to full fitness, and the pressure of human heat-seeking missile Maurice Rioli jnr.

But the Tigers won’t want to underestimate a Hawthorn attack that blends wily veterans Jack Gunston and Luke Breust with dangerous youngster Dylan Moore and the returning Mitch Lewis and Chad Wingard.

However, there will be some extra work needed from the midfield with Brownlow medallist Tom Mitchell being managed.

The Hawks have handed a debut to Sam Butler, younger brother of St Kilda’s Dan. Butler, pick 23 in last year’s NAB AFL National Draft, has been given his chance after kicking three goals for Box Hill in a forward role last week, but can also play through the midfield.

Conor Nash also returns to the side, while Jackson Callow, Josh Ward and Connor Macdonald are out of the side.

Impressive first-year backman Josh Gibcus is out of Richmond’s line-up due to health and safety protocols and small defender Rhyan Mansell misses through suspension for a crude elbow to Jack Ginnivan’s head, but the back half is strengthened by the return of Nick Vlastuin.

Dion Prestia also returns in a boost for Richmond, the three-time premiership player always adding a level of class to the Tigers’ midfield, and Bigoa Nyuon will make a much-anticipated debut in his third year on the club’s list.

Veteran Shane Edwards is listed as being managed after a slow start to the season.