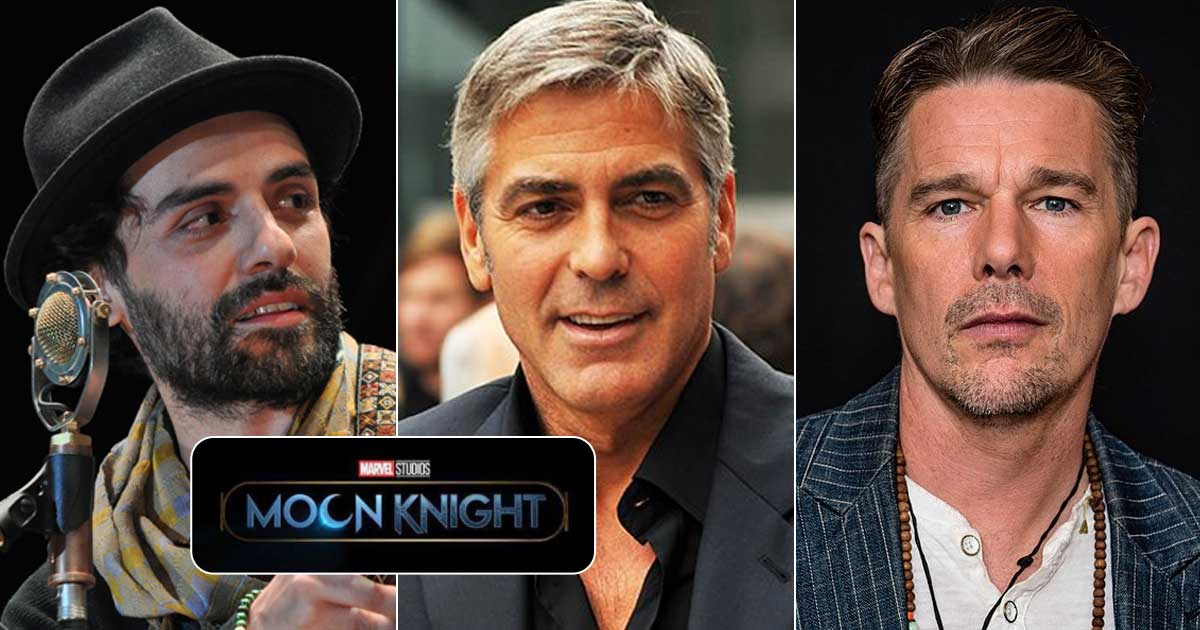 The Marvel Cinematic Universe is not just growing vertically, but the horizontal growth is also commendable. We are now not only waiting for movies that used to hit the big screen periodically but there are now also shows in a long format that explores characters that are lesser spoken about in the movies. With Hawkeye ending, the next big show is of course the dark saga starring Oscar Isaac and Ethan Hawke, Moon Knight. But there might be a huge update you are up for today!

One of its kind Moon Knight is said to be the most unique Marvel Cinematic Universe project and the fact that it is one of the darkest Marvel comic characters is also the reason. While Oscar Isaac and Ethan Hawke are enough to create much-needed excitement and anticipation amid the masses, but turns out George Clooney has also joined the show. But wait, before you begin the celebration, he is not acting. There is a twist. Read on to know everything you should about the same.

As per Comicbook, someone on the Internet checked the personal website of a crew member of Moon Knight. The crew member was none other than assistant art director Marco Torresin. And to out more surprise, Marco on his site has listed George Clooney as a director on the show. Now there is no confirmation and this might be a genuine mistake, but do you really think it could be?

Well, the Oscar-winning actor George Clooney has found his comfort behind the camera lately. If he happens to be directing an episode of Moon Knight, this will be his comeback to the superhero realm after Batman & Robin. He played the Cape Crusader in the film. Meanwhile, as per Marvel Mohamed Diab is the director of four episodes, while Justin Benson and Aaron Moorhead were announced to helm two of them.

Both Ethan Hawke and Oscar Isaac have heaped praises on Moon Knight and it has become one of the most anticipated shows. Do you think adding George Clooney to the mix will take the anticipation notches higher? Let us know in the comments section below.

Must Read: Did You Know? Chris Hemsworth aka Thor Used To Clean Breast Pumps Way Before Earning Fame In Hollywood!