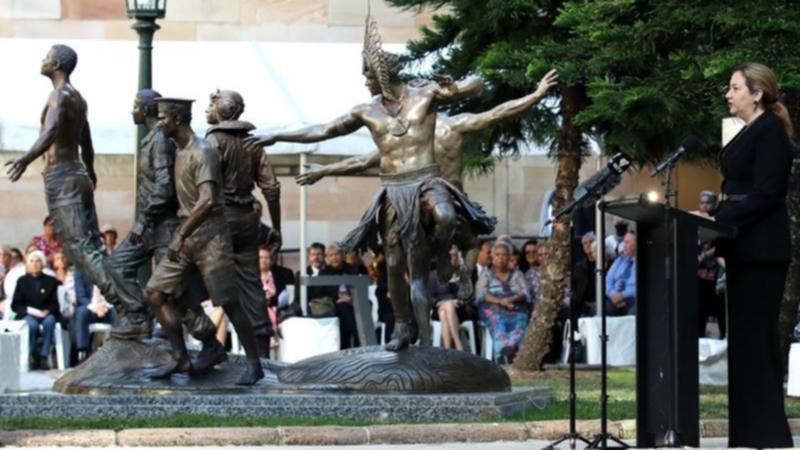 Queensland’s first war memorial dedicated to Aboriginal and Torres Strait Islanders, and the appointment of the state’s first Indigenous Supreme Court judge, has marked the start of National Reconciliation Week.

“You can see by the faces of the veterans how significant this is, not just for our First Nations people but for Queenslanders as a whole,” Ms Palaszczuk said on Friday.

The unveiling comes on the same day as an announcement that Lincoln Crowley QC has been appointed as Queensland’s first Indigenous Supreme Court judge.

“I’m also advised by the Attorney General’s office that this may be an Australian first,” Ms Palaszczuk said.

Mr Crowley is the chair of the Bar Association of Queensland’s Indigenous Barristers Committee and has previously been a Crown Prosecutor for the Commonwealth Director of Public Prosecutions in Sydney.

He was also a Principal Crown Prosecutor for the Queensland Office of the Director of Public Prosecutions on the Sunshine Coast, and was appointed Queen’s Counsel in 2018.

“It makes our country great, we’re all equal, and to see this happen, I can’t wipe the smile off my face,” Ms Palaszczuk said.

“Hopefully it is the sign of many more to come.”

The ceremony at the Brisbane memorial was attended by about 200 First Nations Elders, Australian Defence Force representatives, veterans and project partners.

The government partnered with the Aboriginal and Torres Strait Islander Dedicated Memorial Committee Queensland to support the project.