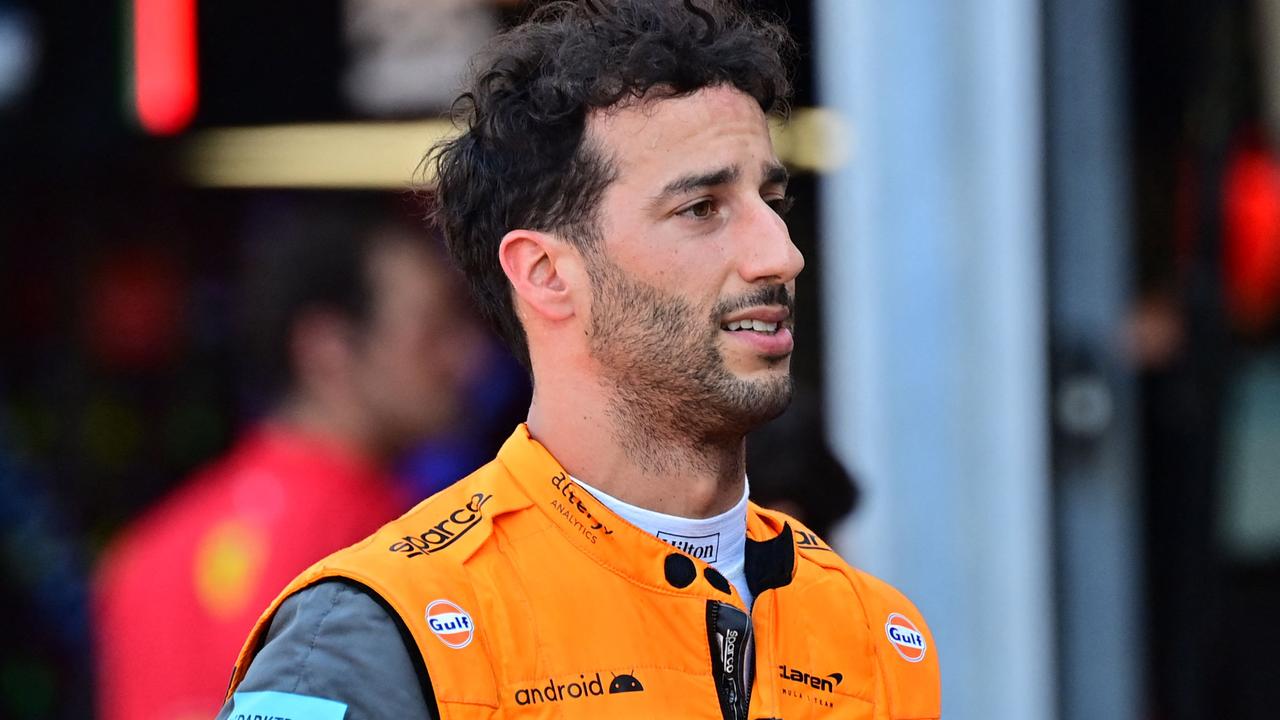 As Daniel Ricciardo’s season from hell continue, a shock revelation from McLaren’s boss has put his F1 career in serious danger.

McLaren boss Zak Brown has dialled up the pressure on Daniel Ricciardo to perform as he suggested the team has “mechanisms” in his contract that could terminate it early.

Ricciardo has struggled so far in his second season at McLaren and is 11th in the drivers’ standings heading into this weekend’s Monaco Grand Prix.

Earlier this week, Brown declared Lando Norris has a clear “edge” over Ricciardo and said the Australian’s underwhelming results were not what McLaren signed up for when he was recruited from Renault.

“We obviously would like to see Daniel much closer to Lando and have a good inter-team battle,” the McLaren CEO said.

“Short of Monza and a few races, it has not met his or our expectations of what we were expecting.

“I think all you can do is keep working hard as a team, keep communications going, keep pushing and hope that whatever is not clicking at the moment, clicks shortly.”

When Ricciardo was questioned about Brown’s statement, he copped the criticism on the chin.

“Firstly comments, I don’t take them personal. My skin is tanned, beautiful and also thick. No one’s going to be harder on me than myself.

“I don’t want to be racing around in 10th or 12th places. It’s been a little bit more certainly testing at times in terms of trying to get up and maximise myself in this car.

“But we’re working together hard at it. The team wants it, I want it, and we are just working through it.”

Now Brown has ramped up his criticism of Ricciardo and cast serious doubt over the 32-year-old’s long-term future at McLaren.

He suggested Ricciardo’s contract with the team, which expires at the end of 2023, was not watertight and there were clauses in it that would allow McLaren to part ways with the Aussie if his performance doesn’t improve.

“I spoke with Daniel about it. We’re not getting the results that we both hoped for, but we’re both going to continue to push.

“I think he showed in Monza (last year) he can win races. We also need to develop our race car; it’s not capable of winning races. But we’d like to see him further up the grid.

“And we’ll see how things develop and what he wants to do. And then we’ve got our testing program ramping up, but we’re in no rush.”

Brown comments come as he confirmed McLaren’s IndyCar team had extended the contract of 23-year-old Mexican Pato O’Ward until the end of 2025.

O’Ward and fellow IndyCar young gun Colton Herta both have development contracts with McLaren, which gives them the opportunity to test drive the team’s F1 car.

Herta has been touted as a possible replacement for Ricciardo.

The 22-year-old is clearly in McLaren’s long-term plans given the appeal of having an American driver on the grid as F1’s popularity explodes in the US.

McLaren’s technical director has said this year’s MCL36 is “easier” and “more comfortable to drive” than last season’s car, which only makes Ricciardo’s poor form even more puzzling.