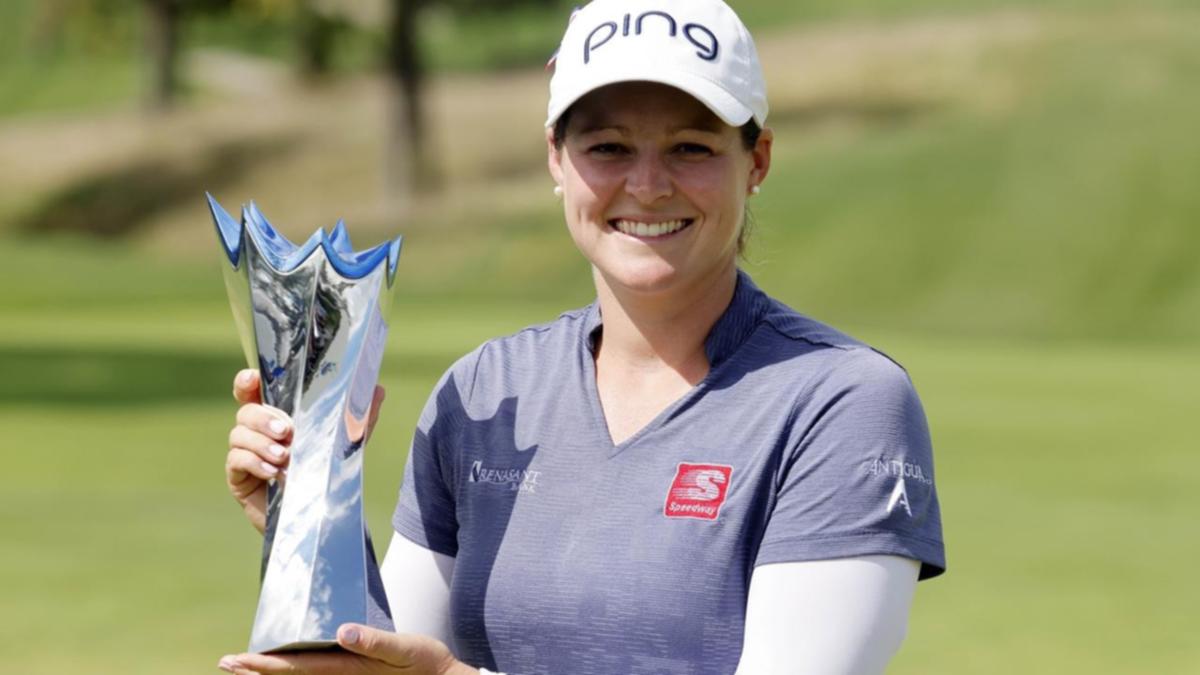 Ally Ewing has shot a a final-round six-under-par 66 to hold off Xiyu Lin of China and win the LPGA Tour’s inaugural Kroger Queen City Championship in Cincinnati.

Ewing held a one-shot lead after the third round and polished off a score of 22-under 266 for the week at Kenwood Country Club, one stroke better than Lin.

Australia’s Sarah Kemp (72) finished in a tie for eighth at 12 under while compatriot Hannah Green (70) with joint-24th at six under.

Lin nudged ahead early in Sunday’s round with three birdies over her first seven holes, while Ewing parred her first eight. But after a birdie at No.9, Ewing rolled in five straight birdies at the 12th through 16th holes to surge ahead for good.

It was the second time Ewing had a hot streak this tournament. She made six birdies in a row on Friday.

The 29-year-old from Mississippi credited a putting stroke change she made last month.

“The change that I made in the couple weeks before (the CP Women’s Open) was big in just shortening the back stroke,” Ewing, who won her third career LPGA title, said.

“In Canada I was really close to putting some stuff together, but still kind of a little finicky. This week … I saw putts go in. Once I saw them go, I had that confidence.”

Lin made four more birdies on the back nine for a bogey-free, seven-under 65. That included birdies at the 16th and 18th, but she had to settle for second place.

“This is LPGA. Like, the girls are really good out here,” Lin said.

“I mean, Ally (played) absolutely amazing, especially her back nine.”