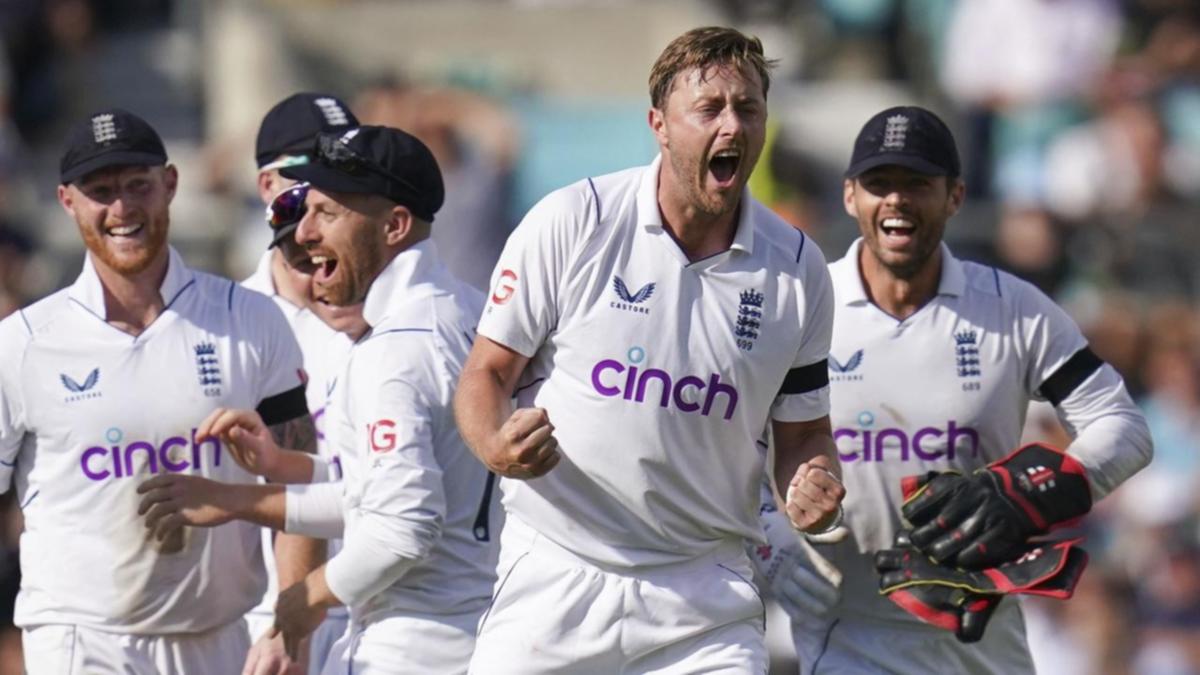 England’s seamers have exploited the exaggerated swing and seam at The Oval to reduce South Africa to 7-146 in their second innings at tea on day four of the third and final Test.

The South Africans now lead by 106 following an extraordinary five sessions in the game.

Twenty-seven wickets have fallen since Saturday morning after day one of the Test was washed out by rain and the second was cancelled as a mark of respect following the death of Britain’s Queen Elizabeth.

South Africa were desperately seeking a lead they could defend, with anything over 180 set to challenge England in these bowling conditions.

Marco Jansen earlier took a career best 5-35 as the visitors bowled England out for 158, picking up their last three wickets inside the first 13 minutes of play for the addition of four runs.

They made a good start to their second innings as well, reaching 58 without loss and a lead of 18 before England struck. After that, the wickets fell at regular intervals.

He missed a booming inswinger from Stuart Broad (2-40) and walked almost before umpire Nitin Menon raised the finger, only for replays to show the ball was missing leg stump by around five centimetres.

It was an error of judgement from the captain and started a rush of wickets.

Keegan Petersen (23) was picked up by Ollie Pope at third slip off James Anderson, before Ryan Rickelton (8) was trapped plumb lbw by Broad.

Ollie Robinson (2-40) came into the attack and got the ball to move both ways, forcing Wiaan Mulder (14) to play onto his stumps and claiming an lbw to remove Khaya Zondo (16).

Stokes (2-29) picked up the wicket of in-form Jansen (4) with the last ball before tea.

The series is poised at 1-1 after both teams won by an innings inside three days in the two previous games.