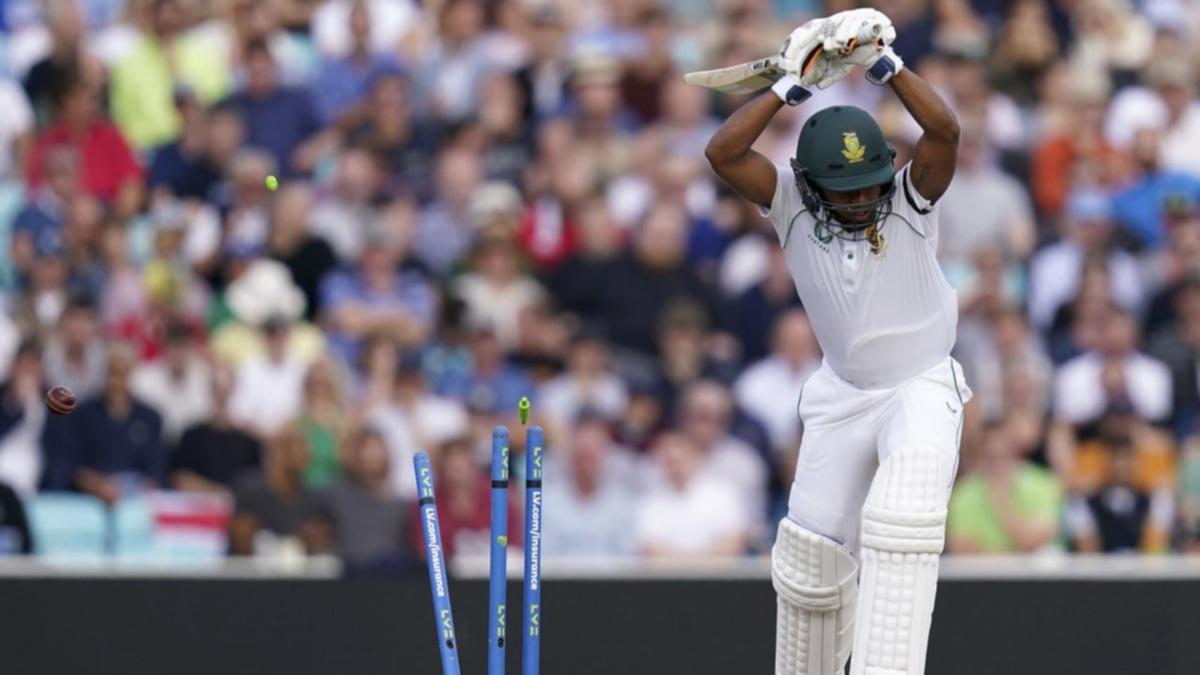 Ollie Robinson has boosted England’s bid for a series victory as South Africa lurched to 6-69 at lunch following a moving tribute to the Queen on day three of the third Test.

A minute’s silence was followed by the national anthems of both countries, with the crowd joining in the rendition of God Save the King before bursting into spontaneous and prolonged applause as a sell-out crowd at The Oval poignantly commemorated the Queen, whose death was announced on Thursday evening.

The final Test has been reduced to a three-day affair following an opening-day washout and Friday being called off as a mark of respect, with the tourists ruling out the possibility of extending the decider and instead sticking to their original plan of flying back to South Africa on Tuesday.

But England’s seamers capitalised on just enough movement under leaden skies to send South Africa’s top order into a tailspin and raise hopes of the hosts ending a fruitful summer with a sixth win.

Robinson, in particular, was at his probing best, striking in his first over by sending Dean Elgar’s stump cartwheeling after breaching the gate of the South Africa captain as the England seamer bowled eight overs unchanged, claiming 4-21 and sending his Test bowling average into the teens.

Both Proteas openers were back in the pavilion after 14 balls as James Anderson, featuring in his 175th Test, drew the edge of Sarel Erwee and a diving Ben Foakes accepted the first of his four catches in the opening session.

Keegan Petersen unwisely shouldered arms to a nip-backer from Robinson, deceived by the length, while the returning Ryan Rickelton was drawn into driving in Broad’s first over but only succeeded in edging behind to Foakes.

Kyle Verreynne and Wiaan Mulder were snared by the rampaging Robinson either side of the drinks interval to leave South Africa reeling on 6-36, with Khaya Zondo, in only his second Test, and seam bowling all-rounder Marco Jansen left to pick up the pieces after a monumental top-order collapse.

Zondo clubbed Jack Leach for six as South Africa avoided any further dismissals before lunch but it was still England firmly in the driving seat.