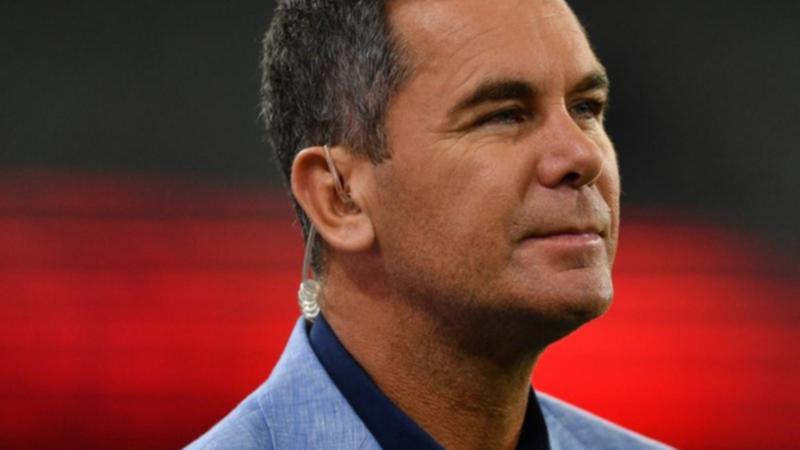 North Melbourne have extended an open invitation to legends of the AFL club criticising management to help the embattled Kangaroos rise again.

Kangaroos legend Wayne Carey, who departed Arden St in 2002 after one of the biggest scandals in AFL history, labelled his former club as “broken”.

Carey captained North’s most recent premiership teams in 1996 and 1999 but believes the Kangaroos are currently as “low” as he can remember them.

In an unscheduled media conference, North chief executive Ben Amarfio put the call out to any Kangaroos great to help in any way.

After claiming the club’s first wooden spoon since 1972 last year, the Kangaroos are 1-9 this season after losing eight-straight games.

“Whether it’s Wayne Carey or whoever, we say to them, ‘you’re great Shinboners, we love you, come into the club, be part of the solution and help us through it’,” Amarfio said on Thursday.

“Wayne Carey is our greatest player. I employed Wayne Carey when I was running (media company Southern Cross) Austereo.

“If Wayne Carey is making an offer to this club, we would gladly accept that.

“I got a call from Corey McKernan (on Thursday) morning as well.

“Same thing, I said ‘Corey, whether it’s you, whether it’s ‘Kingy’ (David King) or Wayne Carey, all of you are always welcome here.

“This is their club. We wouldn’t be here if not for them, they built this club.

“We’d gratefully accept that and would love to have them here.”

Amplifying the heat on the club this week was three departures to the recruiting team ahead of the mid-season rookie draft.

Luff has privately claimed he did not feel supported by several people at the club and Amarfio says he was surprised by the exit.

“I think there are a number of reasons why Glenn has left, and that’s one of them,” Amarfio said.

“Could I, the management team, could the club be better? We could always be better, in so many ways.

“We’re not putting our head in the sand and saying it’s not us, it’s him.

“We can always be better and we strive to be better.”