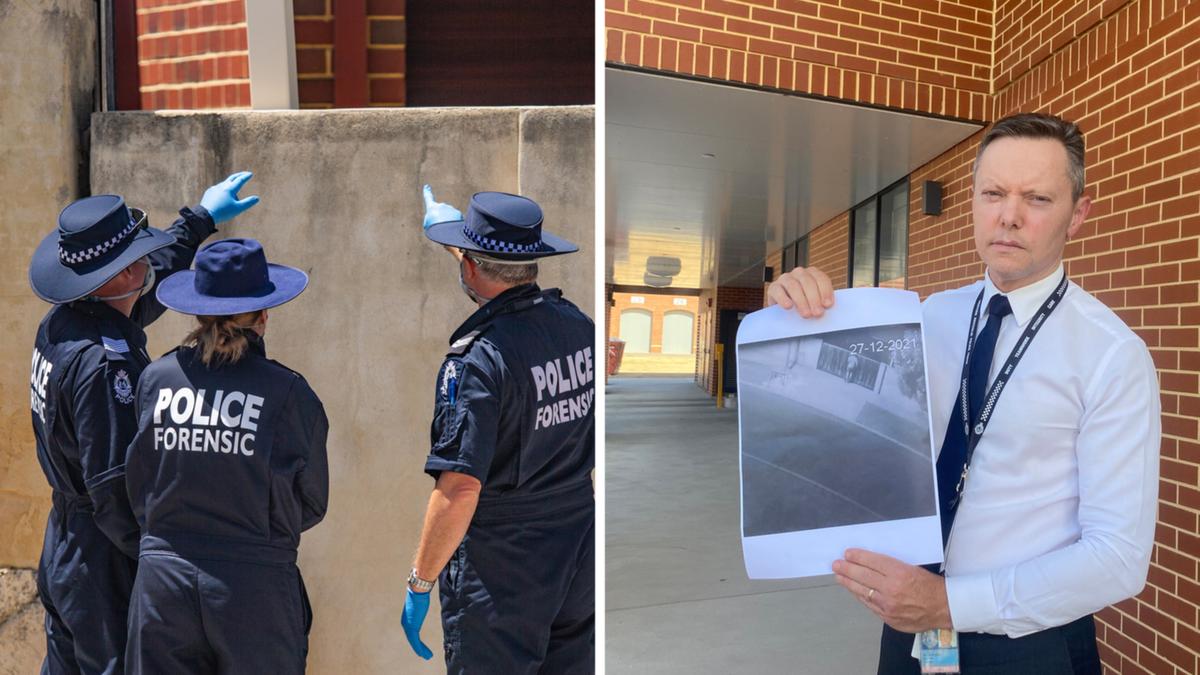 Police have spent the night questioning a man arrested over the alleged sexual assault of a seven-year-old girl in Ellenbrook on Boxing Day night.

Police are yet to reveal if any charges have been laid, but they did confirm the man is assisting them with their enquiries.

Child abuse squad detectives arresting the man just after 6pm on Wednesday night, just hours after police released CCTV vision of a man jumping fences near the Ellenbrook home and issuing a public appeal for information.

It has not been confirmed whether the man arrested was the man in the CCTV footage.

The girl was allegedly sexually assaulted in her bed at her home on Sunday night. Police say she went to sleep “as normal” at 8pm on December 26 after her parents put her to bed.

But at some point during the night, a man broke into the house and made his way into the little girl’s bedroom, while the parents slept a short distance away.

They only learnt of their daughter’s alleged ordeal when they got up about 9am on Monday and told them what had happened. They then called police.

Police on Wednesday said they were looking for the man in the CCTV footage to either “implicate or eliminate” him from their investigation into the “heinous” incident.

Lead investigator Det-Insp. Hamish McKenzie said police could not say whether the alleged sexual assault was carried out during a home burglary or was a targeted attack on the seven-year-old girl.

The release of the footage came after police revealed they were looking into whether the attacker may have climbed over a neighbour’s fence to access or escape the Ellenbrook property.

A wall bordering the home where the little girl was allegedly sexually assaulted has become the centre of the forensic investigation as dozens of detectives scoured the area Wednesday in search of more clues.

Det-Insp. McKenzie earlier revealed that officers had found the flyscreen, which was believed to have been taken on the night of the attack.

“We have had some developments overnight in that we’ve located the flyscreen that we’ve been looking for within the search area,” he said.

“So that’s a particularly pleasing development for us. And that has been clinically tested as we speak.”

Officers are yet to locate the missing Christmas pyjama top that belonged to the girl, which was believed to have been taken by the attacker, and have made a further appeal to the public to help find it.