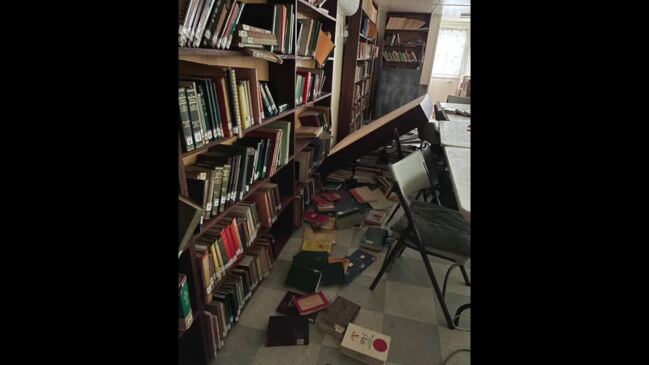 At least four people have been reported dead following a 7.6-magnitude earthquake hit Papua New Guinea on Sunday, September 11, according to the UN OCHA Asia Pacific. The Associated Press reported there was damage to health centers, homes, and other infrastructure in the area, citing local officials. Images captured by Instagram user fotografie_png show books and other items scattered across the floor. The Australian Bureau of Meteorology said there was no tsunami threat to Australia following the earthquake in Papua New Guinea. Credit: fotografie_png via Storyful