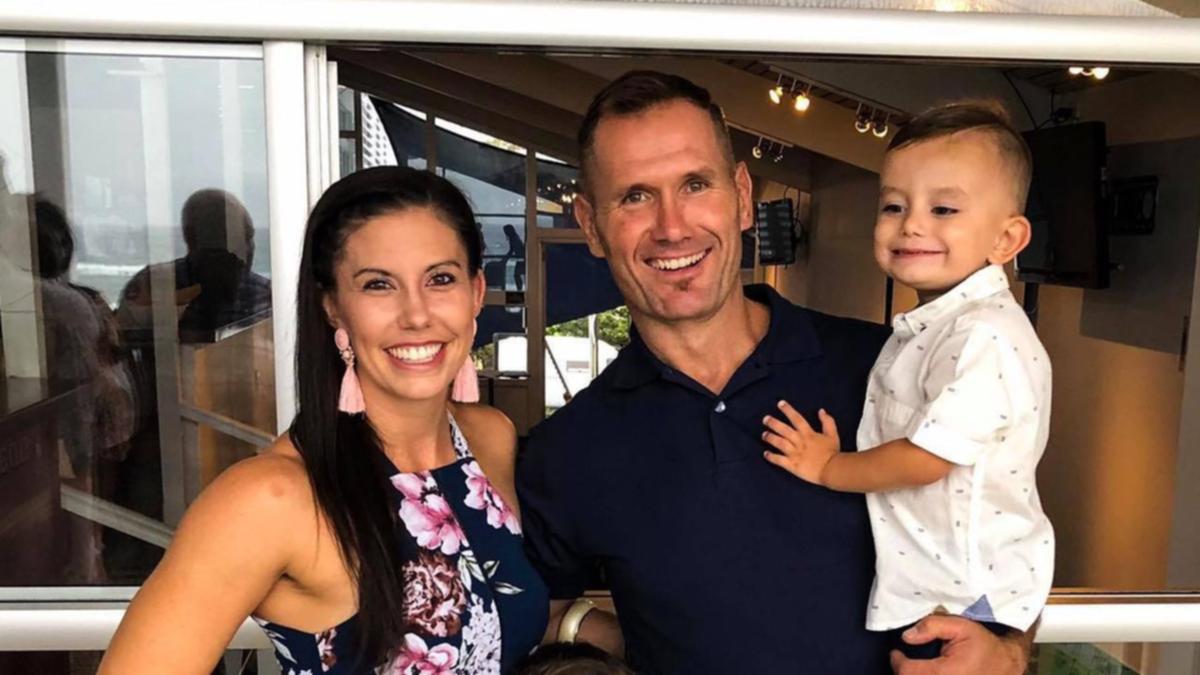 An inquest into the deaths of Hannah Clarke and her children is set to hear more about her estranged husband – the man who poured fuel into their car before lighting it.

The actions of Rowan Baxter on February 19, 2020 caused the deaths of Ms Clarke as well as Aaliyah, six, Laianah, four, and Trey, three.

The 31-year-old was leaving her parent’s Camp Hill, Brisbane home to take the children to school about 8.30am when Baxter climbed into the passenger seat of her car, saying he wanted to see the kids, the inquest sitting in Brisbane since Monday has been told.

But he was holding a jerry can and knife and had tried to break Ms Clarke’s wrist two weeks prior.

She also had a protection order against him.

Ms Clarke told Baxter to get out the vehicle, but he ordered her to drive.

Moments after she pulled up near a man washing his car, appealing to him to call police, the car burst into flames.

Baxter had poured petrol in the vehicle, before dropping a lighter.

Ms Clarke and Baxter got out, but he then grabbed a knife from the car, using it to fatally stab himself.

Ms Clarke passed away the same day in hospital.

Superintendent Ben Martain of the police’s domestic and family violence unit was grilled on Tuesday about indicators or red flags, with counsel assisting Dr Jacoba Brasch QC saying many for Ms Clarke were “in plain sight”.

But Supt Martain said domestic and family violence homicides were difficult to predict.

All Queensland Police members are now required to complete training in coercive control, he told the inquest.

The course taking about two hours went online in January, with 4500 out of just over 12,000 members having completed the training so far.

The inquest has heard Ms Clarke suffered burns on 97 per cent of her body, But she was “incredibly brave” telling first responders what happened.

The state ambulance service’s specialist medical director Stephen Rashford said he found Ms Clarke “incredibly courageous”, adding paramedics reassured her as much as they could knowing her injuries were not survivable.

Friends of Baxter are due to take the stand on Wednesday, before the inquest hears from family and friends of Ms Clarke later this week.

Coroner Jane Bentley is expected to determine if anything could have been done to prevent the deaths.