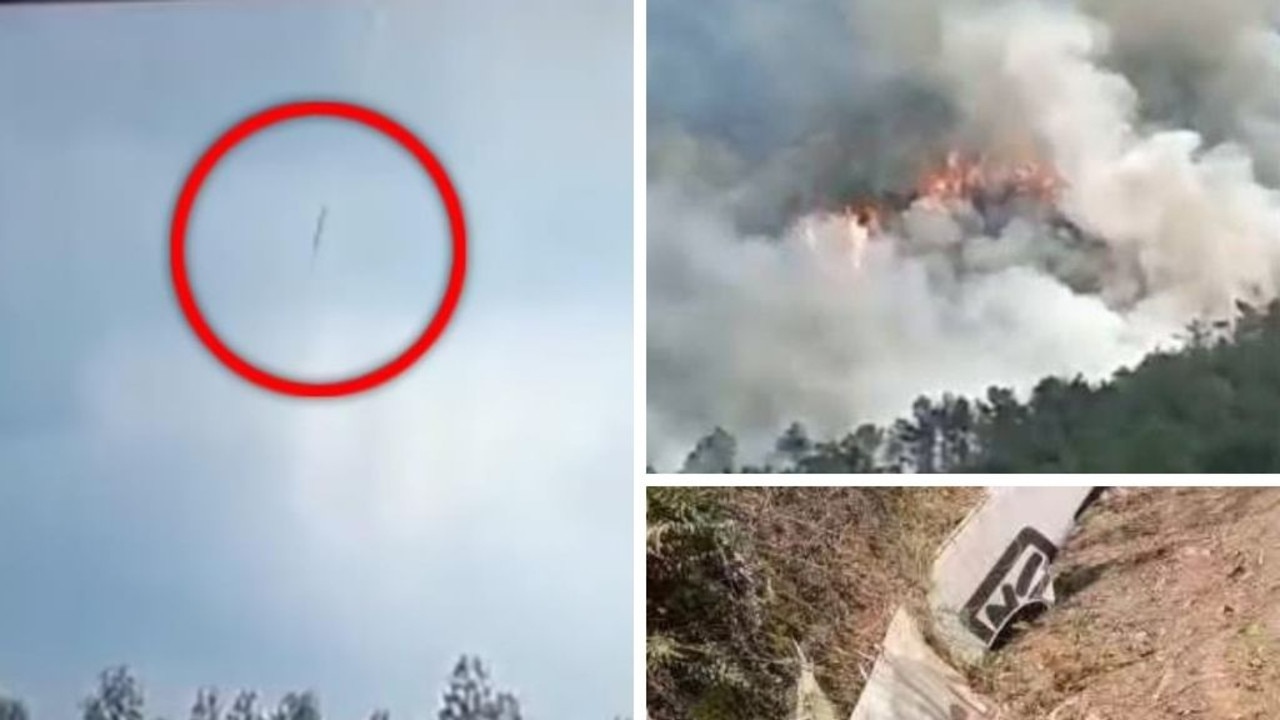 Dubbed as one of the safest planes ever made, the Boeing 737 went from flying normally to plummeting out of the sky in just three minutes.

Flight data of the China Eastern airlines Boeing 737 jet have detailed the terrifying three minutes the passenger plan plummeted from the sky.

Carrying 132 passengers, flight tracking website FlightRadar24 showed no more data for flight MU5735 after 2.22pm local time. In two minutes and 15 seconds, the plane dropped from an altitude of 29,100ft to 9075ft. The last reported altitude the plane recorded was 3225ft.

The director of aviation consultancy firm Cirium also called the Boeing 737 jet one of the safest planes ever made and struggled to explain how the incident happened. While rescuers are currently accessing the area, no survivors have been reported as of yet.

“The 737 NG has been in operation for 25 years and has an excellent safety record,” he told Bloomberg.

“I’m not going to speculate on what happened but if the Flightradar24 logs are accurate, something seems to have happened abruptly and the plane nose dived from cruising altitude.”

Crash should ‘not have happened’

The initial assessments of the tragic crash appears to have left experts baffled.

This is due to the fact the Boeing 737 was in the cruise phase of the flight, when accidents are least likely to occur.

Speaking to The Sun, Chinese aviation expert Li Xiaojin said the incident should “not have happened” from a “technical point of view“.

“Usually the plane is on autopilot during cruise stage. So it is very hard to fathom what happened,” he said.

Another aviation expert Arthur Rowe ruled out the likelihood of an engine malfunction aswell.

“It’s unlikely to be engine related as aircraft can fly perfectly well with no engine power – for a limited time,” Mr Rowe said.

“It looks most likely a loss of control event, possibly following a high altitude stall of the aircraft.

“There are multiple possible causes. Jammed or unresponsive control surfaces, especially on the tail are one.

“An inappropriate combination of autopilot settings is another.”

While he didn’t rule out the likelihood of “sabotage,” although concluded it was “probably unlikely”.

The report added that rescue teams were dispatched to the scene. One villager told a local news site that the plane involved in the crash had “completely fallen apart” and he had seen nearby forest areas destroyed by a fire caused when the plane crashed onto the mountainside.

Fears for the fate of the jet spread on Monday afternoon as local media reported that it had not arrived as planned in Guangzhou after taking off from Kunming shortly after 1pm (4pm AEDT).

The flight from Kunming city to the southern hub of Guangzhou, 130km north west of Hong Kong, “lost airborne contact over Wuzhou” city in the Guangxi region, the Civil Aviation Administration of China (CAAC) said in a statement.

Shocking footage emerging from the site of the crash of flight MU5735 shows fire ripping through a forest on a mountain — sending plumes of smoke into the air — and fragments of the aircraft scattered all around.

NASA’s satellite data showed a huge fire in the same area where the plane down went down at the time of the crash.

A villager surnamed Liu told state-run China News Service that he had driven a motorbike to the scene after hearing a loud explosion.

He said he saw debris on the ground, including an aircraft wing and fragments of clothing hanging from trees.

In a statement early on Tuesday, China Eastern confirmed the tragedy.

“The cause of the plane crash is under investigation and the company will co-operate with the relevant investigations”.

There was no word on the number of casualties, any survivors or a possible cause.

It has been reported that China Eastern will ground all 102 of its 737-800 models. These normally fly short haul domestic and international routes.

India has said all 737s in the fleets of its airlines must now be placed under “enhanced surveillance’ following the Chinese disaster.

The aircraft, a Boeing 737-800, was delivered to China Eastern direct from Boeing in June 2015 and had been flying for over six years.

The 737-800 is a popular variant of the 737, one of the world’s most widely selling jets. Both Qantas and Virgin Australia have the 800s in their fleets.

The 737-800 is not a 737 Max variant which has been involved in two fatal crashes and was taken out of service for almost two years.

China had enjoyed an enviable air safety record in recent years in a country crisscrossed by newly built airports and serviced by new airlines established to match the country’s breakneck growth over the last few decades.

A Hainan Airlines flight crashed in northeastern Heilongjiang province in 2010, killing at least 42 out of 92 people on board although the final toll was never confirmed.

Most of the passengers on-board the Malaysia Airlines Flight MH370, which disappeared in March 2014 en route from Kuala Lumpur to Beijing, were from China.

There was no immediate response from China Eastern when contacted by AFP. The airline had changed its website to black and white colours on Monday afternoon.

The crash comes amid falling trust in Boeing after two crashes involving the planes in recent years.

The iconic company, created in 1916, introduced the commercial jet that made flying affordable for most people and for many years was the most popular supplier of aircraft to airlines around the world.

Most of us have who have flown have been on a Boeing plane. At any minute there are around 10,000 Boeing planes in service in more than 150 countries around the globe.

But that trust was shaken when two planes fell out of the sky killing hundreds, within months of each other — Lion Air Flight 610 which crashed in Indonesia in 2018, killing 189 people, and Ethiopian Airlines Flight 302 which claimed 157 lives when it crashed in Ethiopia.

What was extremely shocking was they were both brand new planes, the 737 Max.

Jon Ostrower, Editor in Chief of aviation publication The Air Current said: “Two crashes of brand new aeroplanes within five months of each other, that doesn’t happen in modern aviation.”

When the Lion Air plane was downed, initially there was a lot of finger-pointing and the heat was turned on the pilots. Nobody could believe the brand new plane could be the problem.

President Xi Jinping said he was “shocked” by the crash on Monday and ordered an immediate investigation into its cause.

President Xi called for “all efforts” towards the rescue and to find out the “cause of the accident as soon as possible”, according to state broadcaster CCTV.

“We are shocked to learn of the China Eastern MU5735 accident,” he said.