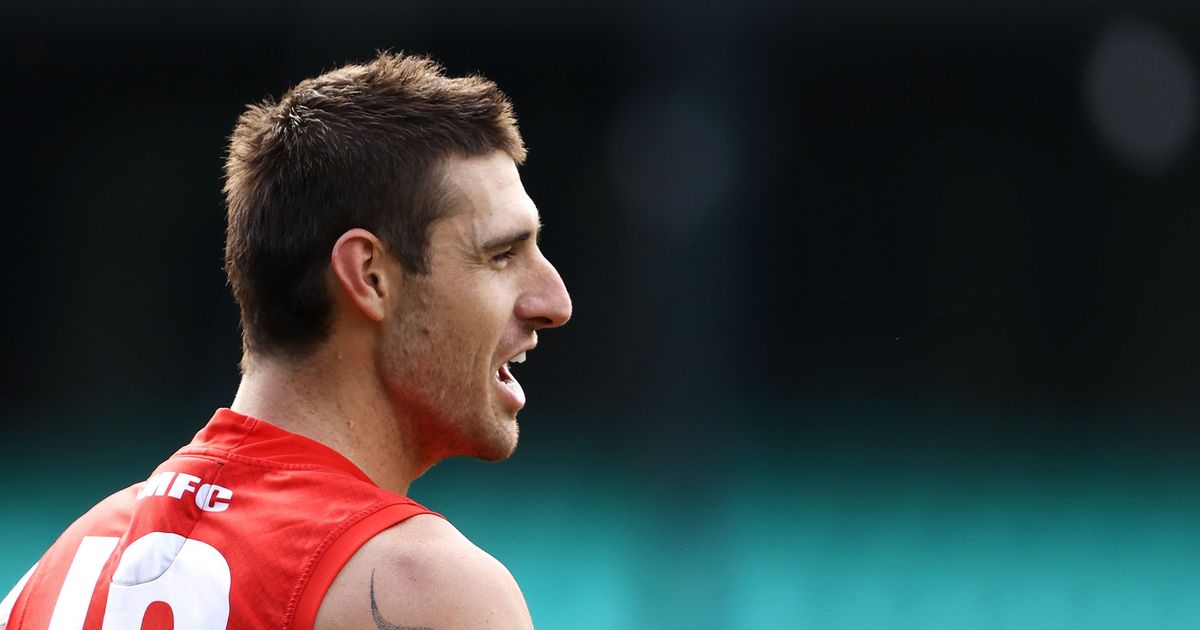 SAM NAISMITH has had to keep himself out of training drills recently.

The Sydney ruckman, returning from his third knee reconstruction, is back into skills work as the Swans head into their preliminary final next week. But Naismith isn’t getting involved at full capacity – for himself and his teammates.

“The plan was to not play this year and we decided that halfway through last year to give myself the best chance to be able to come back and play,” Naismith told AFL.com.au.

“That means that we’ve taken a very slow, cautious approach but telling a footballer to do that is pretty hard. But I’m pretty much doing everything apart from the contact work. I’m feeling pretty good and could easily do the contact and full team stuff but it’s more about who is going to be at risk.

“It’s going to be me putting objecting myself to unnecessary risk and I also get the white line fever so I might starting getting a bit too full on for the boys so I think it’s probably smart to do it that way.”

The 30-year-old has spent most of the past five seasons in similar injury rehab programs, having played just two games – both in 2020 – since 2017, his best AFL season.

Earlier this year he was placed on the Swans’ inactive list having had to undergo a third knee reconstruction after his 2020 ACL surgery, which had taken a graft in his knee, had failed.

That most recent surgery was done in a different way, with Naismith growing in confidence in his body.

“The more football you miss, you realise how much you love the sport and the original reasons why you played footy as a kid. And that’s just that you want to have fun, run around with your mates and enjoy it and get in the trenches together. I’ve missed that and I’ve realised why I do love it.”

Naismith played 15 games as the Swans’ leading ruckman in 2017, averaging 28 hit-outs a game and competing with some of the competition’s best big men. He is out of contract at the end of this season and an unrestricted free agent and says he has his eye on returning to AFL level as soon as possible next year.

“I’ve been in that mindset of getting back and healthy and trying to prove myself through training which is pretty hard. In my head I just want to get back to full fitness, which I feel like I’m almost at, and just be ready. I don’t know what’s going to happen next year but I’m focused on sorting myself out which I feel like I have,” he said.

The Swans brought ruckman Peter Ladhams in as a trade last year but will lose Callum Sinclair, who has retired. Tom Hickey has been steering their ruck division this year and was superb in their qualifying final win over Melbourne.

Whilst working his way back, and revelling in the Swans’ ascent up the ladder, Naismith has found a silver lining to his rotten injury run.

“They always say rucks don’t grow on trees and that’s definitely true. Around about age 27 or so, I think rucks come into a hardened and seasoned AFL body and possibility a benefit for myself is I haven’t played AFL footy for five years or so, so the rest of my body is great,” he said.

“I don’t have busted hands, fingers and shoulders so I feel like that might be an ace up the sleeve coming into the next couple of years.”