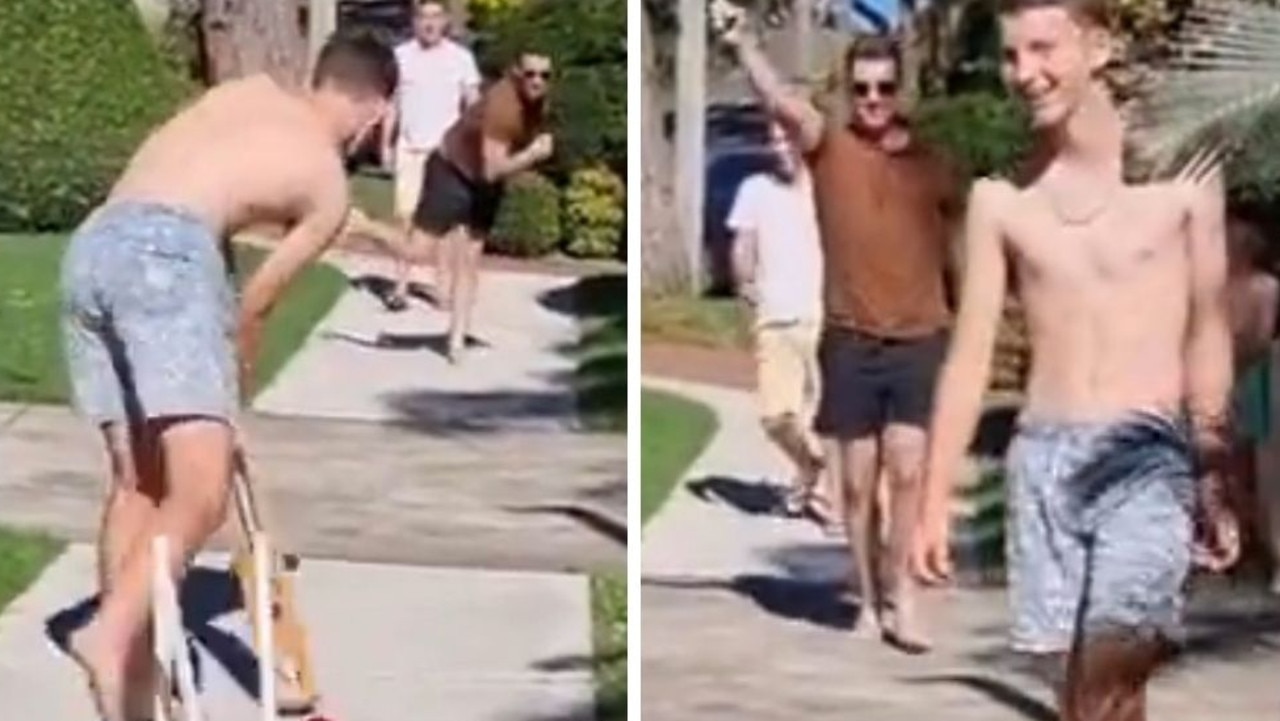 Brett Lee may have retired from cricket many years ago but his son found out he is still more than capable of bowling a nasty yorker.

Brett Lee has still got it.

The former Australian fast bowler may have retired from international cricket a decade ago but he can still send down the odd thunderbolt of a delivery.

Footage has emerged of Lee showing absolutely no mercy on his son Preston in a game of cricket out the front of a house on a suburban footpath.

In a video posted by Lee’s older brother Shane — who played 45 ODIs for Australia himself — Lee can be seen bowling to his son on a shortened concrete pitch.

The 46-year-old casually walks up to the crease before bowling a searing yorker that knocked middle stump out of the ground and very nearly crushed his son’s bare feet.

Lee was clearly pleased with his effort, jogging towards Preston and raising his finger in the air.

Brett commented on Shane’s Instagram post of the video: “Oh yeh !!!!! Pack your bags Presto”, along with a cry laughing emoji.

He regularly bowled at speeds of 150km/h playing for Australia and many years after retiring from professional cricket, the sight of Binga sending stumps cartwheeling is enough to make any Aussie cricket fan smile.

Lee took 310 wickets for Australia during his 76-Test career and is also tied with Glenn McGrath for the most ODI wickets taken by an Australian (380).

He will be part of Fox Cricket’s commentary team for the fourth Ashes Test, which will get underway on Wednesday January 5 at the SCG.