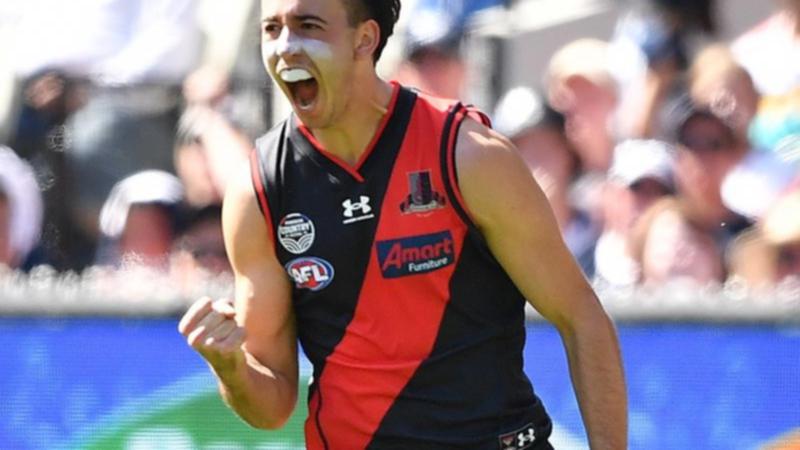 Essendon’s Rising Star nominee Nic Martin has been ruled out of the Bombers’ round-two AFL game after entering COVID-19 protocols.

Martin, who starred on debut last Saturday to clearly be Essendon’s best player, will miss the clash with the Brisbane Lions at Marvel Stadium.

The 20-year-old booted five goals and gathered 27 possessions in the Bombers’ disappointing 66-point defeat against Geelong.

All Essendon players and staff will complete rapid antigen tests before entering the club on Thursday.

The Bombers are hoping talismanic star Jake Stringer will be available to face the Lions after he sat out the match against the Cats with a groin issue.