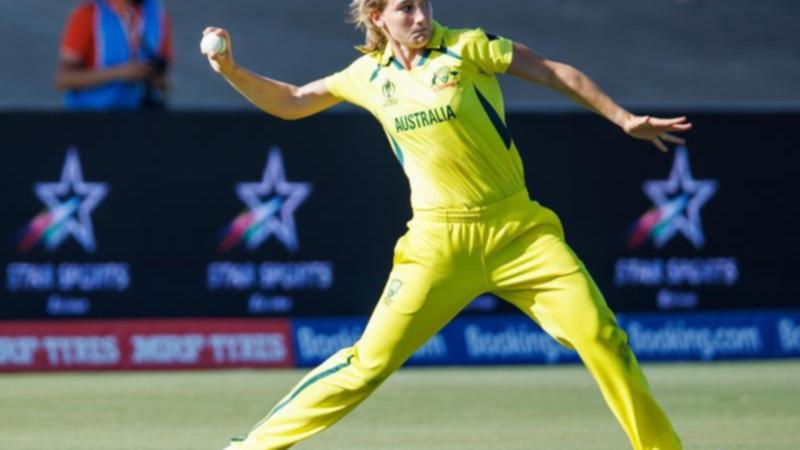 Australia captain Meg Lanning has won the toss and sent South Africa in to bat in the battle of the World Cup’s two remaining unbeaten sides.

The Australians are chasing a sixth straight win in New Zealand, which would almost certainly secure top spot in the group stage.

However, they are continuing to protect teenage quick Darcie Brown, who has been rested, with Annabel Sutherland returning to the side in her place.

Brown has taken three wickets in her past outings against New Zealand and India but the team is determined not to overwork the 19-year-old.

“Darcie is an important player for us but we need to take care of her and make sure she’s available for as many games as possible,” Lanning said.

“We don’t feel like Annabel coming in weakens us at all … we feel like we’ve got a full strength side today.”

The match is Ash Gardner’s 100th for Australia across all formats.

If history is any guide, Lanning’s side are locked on for another win: South Africa are yet to beat Australia in 14 ODI meetings.

However, they haven’t met in the 50-over format for five years, not since the previous World Cup.

During that time, South Africa have rocketed up the world standings to be world No.2.

The Proteas need just one more win to qualify for the semi-finals.

Lanning and opposing skipper Sune Luus both said they would have bowled.

“It’s a new wicket and we think it will play similarly through the day so we can make the most of it up front this morning,” Lanning said.

South Africa have made two changes to their XI with Tumi Sekhukune and Lara Goodall coming in for Tazmin Brits and Masabata Klaas.